Since the Indian government decided to abrogate Article 370 in Jammu and Kashmir, fake news have been pouring in from all corners of the world, especially Pakistan.

Syed Ali Haider Zaidi, a Pakistani politician who is the current Federal Minister for Maritime Affairs, in office since 11 September 2018, tweeted a video on Sunday with the caption: “Let the world see what @narendramodi Govt is doing in #Kashmir The #Hitler from the East rises while the world sleeps. @realDonaldTrump should consider imposing trade sanctions on India to control this monster before it’s too late! #SaveKashmirFromModi #IndianHitlerModi”. 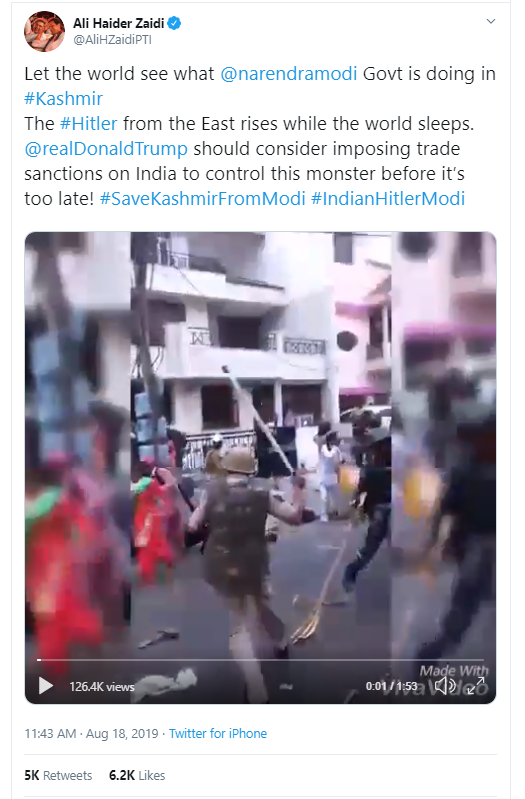 1. We did a fact check and found the nearly two minute long clip comprises of two separate videos. The first video is shot outdoors, security forces can be seen lathi charging men and women. The other video is shot indoors, shows a stressed woman with a toddler.

However, it was soon established that the video conveniently claiming to be the on-ground situation of Kashmir, was in fact, an old video from Haryana.

We put the key frames and found that the first clip is over two years old and dates back to August 2017 at least.

We found a video on YouTube, the caption of the video reads–”Panchkula Lathi Charge on Dera Premis”. (Read more about it here).

2. The second clip showing a distraught woman with a toddler is from August 2018.

We found the video on Mirror Now news article from August 31, 2018. 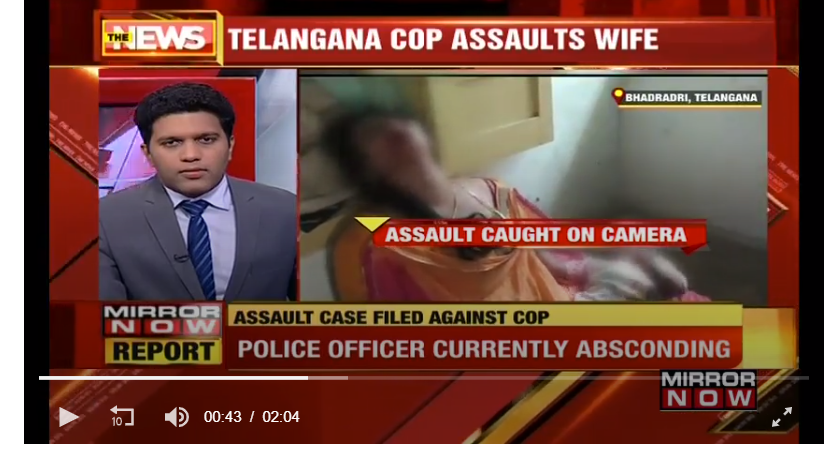 ”A policeman in Telangana was caught beating his wife and mother-in-law mercilessly in front of a crowd after he was confronted over an illicit relationship. A case has been filed and the man is on the run,” Mirror Now reported.