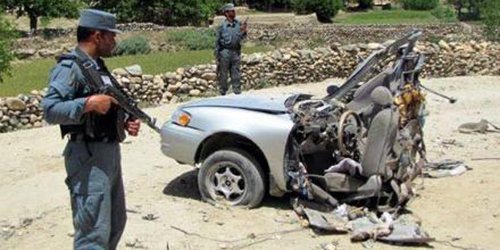 A roadside explosion left 12 civilians dead in Afghanistan’s northern province of Balkh on Sunday, according to TOLO news, just hours after a deadly attack at a wedding hall in Kabul killed over 60 people.

The deceased were shifted to the district hospital and families of the victims were informed about the attack, Qadiri said.

This is the second suicide attack in Afghanistan in under 12 hours.

On Saturday night, at least 63 people were killed and 182 others were injured in a suicide blast at a wedding hall in Kabul. The wedding hall is located in police district 6 (PD6) and the attack took place at 10:40 pm (local time).

“Women and children are among those killed and wounded in the blast,” Afghan Interior Ministry spokesperson Nusrat Rahimi had said.

Sources and eyewitnesses said that the hall was packed with guests when the explosion rattled the vicinity. The injured were rushed to nearby hospitals.

Afghan President Ashraf Ghani strongly condemned the barbaric attack and expressed his condolences to the families of the deceased.