Former New Zealand batsman McCullum was closely associated with the KKR as a player first from 2008 to 2010 and again from 2012-13. He was part of the IPL Championship squad in 2012. 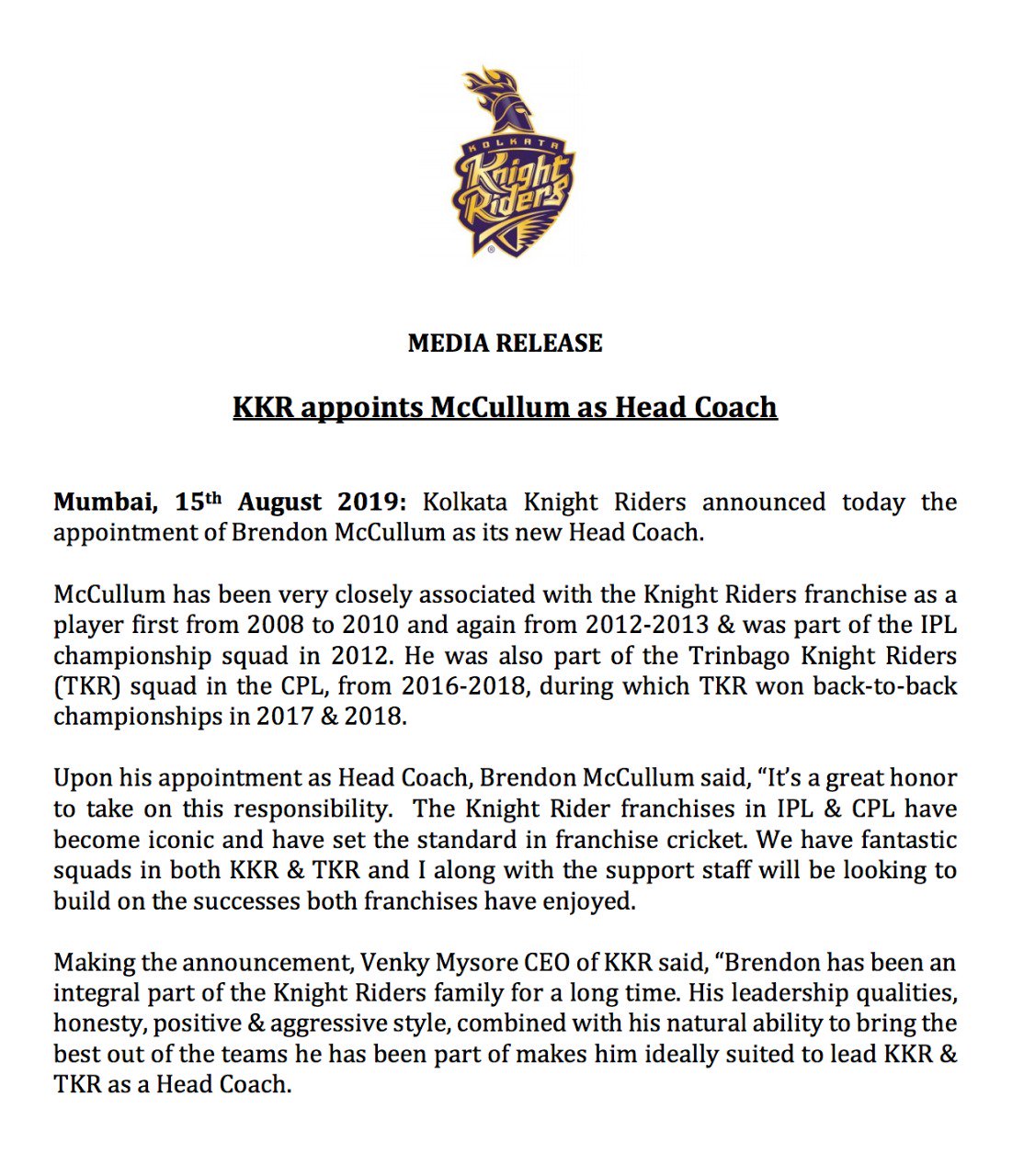 The 37-year-old was also part of the Trinbago Knight Riders (TKR) squad in the Carribean Premier League (CPL), from 2016-18, during which TKR won back-to-back championships in 2017 and 2018.

After appointed as head coach, McCullum said: “It’s a great honour to take on this responsibility. The Knight Rider franchises in IPL and CPL have become iconic and have set the standard in franchise cricket. We have fantastic squads in both KKR and TKR and me along with the support staff will be looking to build on the successes both franchises have enjoyed.”

McCullum announced his retirement from all forms of cricket on August 5. He had led the Kiwi side to the finals of the 2015 World Cup. The side was defeated by Australia in the summit clash.

“Brendon has been an integral part of the Knight Riders family for a long time. His leadership qualities, honesty, positive and aggressive style, combined with his natural ability to bring the best out of the teams he has been part of, makes him ideally suited to lead KKR and TKR as a head coach,” making the announcement, Venky Mysore, CEO, KKR said.

He also holds the record for scoring the fastest century in Test cricket as he had registered a ton from just 54 balls against Australia in 2016.

KKR finished at the fifth spot in the latest edition of the IPL. KKR lifted the IPL title two times in 2012 and 2014 respectively.