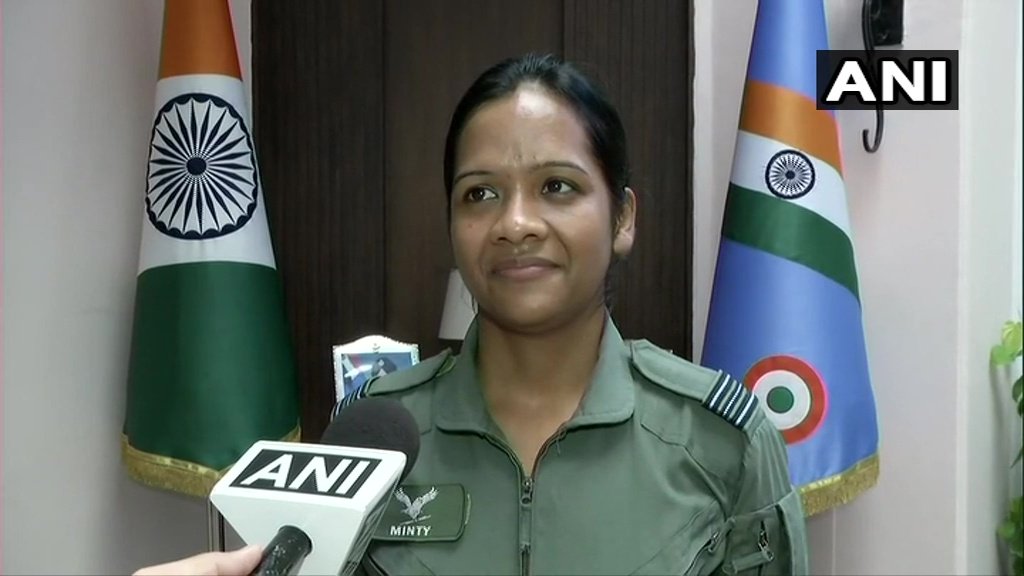 Indian Air Force (IAF) Squadron Leader Minty Agarwal, the first woman who has been awarded the Yudh Seva Medal, on Thursday said that she witnessed Wing Commander Abhinandan Varthaman shooting down a Pakistani F-16 fighter aircraft during a dogfight on February 27, a day after the Balakot airstrike.

Agarwal became the first defence officer to get Yudh Seva Medal, which is awarded to recognise distinguished service of a high order during war, conflict or hostilities.

“From the time Wing Commander Abhinandan became airborne, I was the one who was providing him with the air situation picture. I saw the fading of F-16 blip from my screen,” she told ANI here, adding that he had launched the offensive on the enemy aircraft at the most appropriate time.

#WATCH: Minty Agarwal, IAF Squadron leader says, “F16 was taken down by Wing Commander Abhinandan, that was a situation of intense battle. The situation was very flexible. There were multiple aircraft of enemy and our fighter aircraft were countering them all along the axis.” pic.twitter.com/n4s2p8h1EK

Recounting the chain of events of the two operations, the officer said after conducting the Balakot airstrike successfully, the IAF was expecting a retaliation by the enemy, which ultimately came.

“We carried out the strike over non-military camps (in Balakot) very successfully. We were expecting retaliation from the enemy. All of us were extra ready. They retaliated within 24 hours. Initially, there were only a few (Pakistani) aircraft but slowly the density of aircraft increased,” she said.

She also said that Pakistani aircraft had entered the Indian skies with an intention to inflict harm as against the neighbour’s claims that the action was to show its capability and will to respond.

“They had come with an intention to carry out any operation but due to the competency of our pilots, controllers and our team, their whole mission was thwarted,” she added.