Home NM FACT CHECKER Here’s the truth behind this old picture used with false claim over... 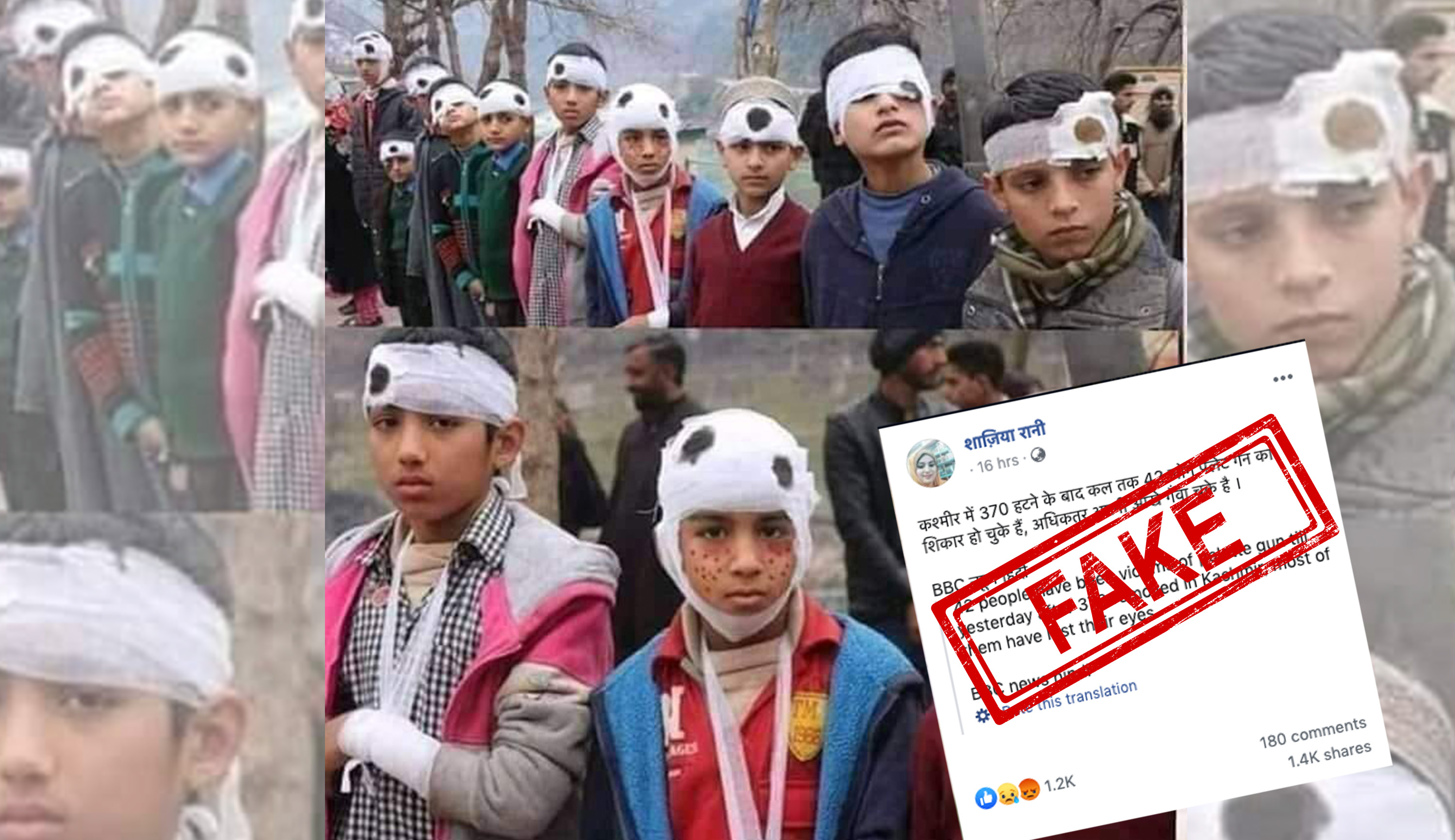 A picture is doing rounds on social media in which a group of injured minors can be seen and it is being claimed that these are the victims of pellet guns used by Indian Armed Forces after scrapping the Article 370.

(Translation: “42 people have been victims of pellet gun till yesterday after 370 removed in Kashmir, most of them have lost their eyes. 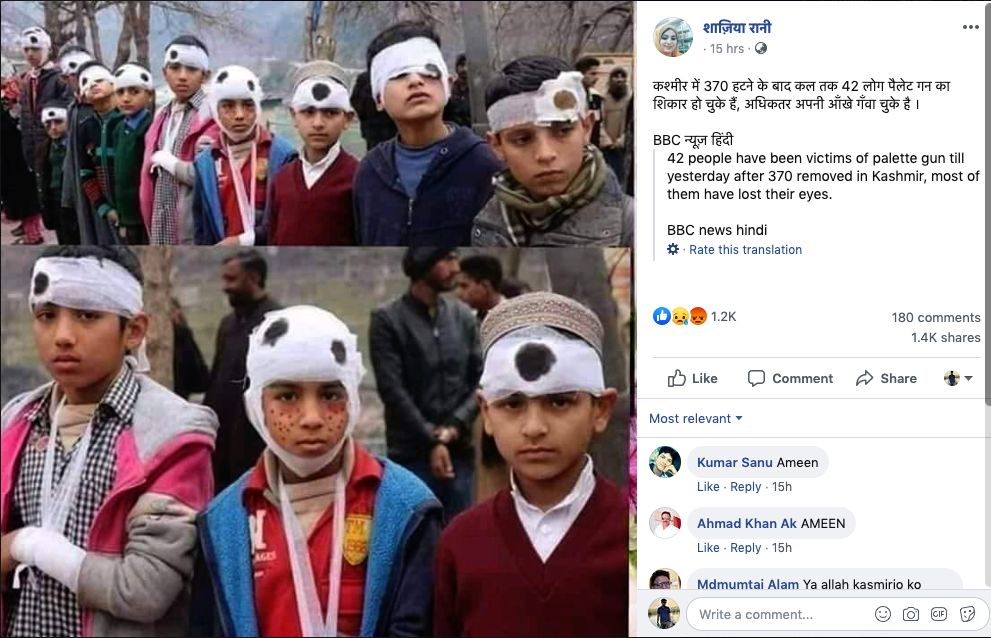 ALSO READ: This picture of PM Modi and Owaisi is FAKE; here’s the…

On putting the picture through Reverse Image Search, we came across an article dated February 19th, 2019 which had used the same picture. 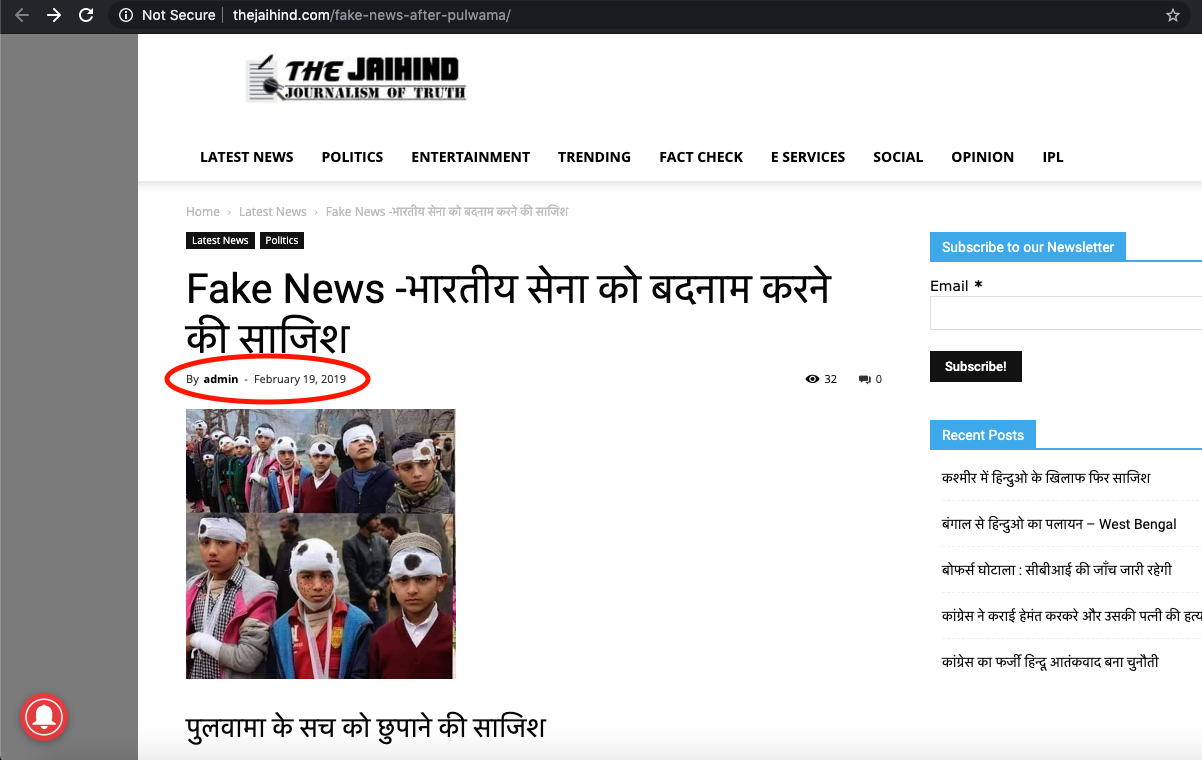 Hence, this proves that the viral post is misleading as the picture in the above post is old.