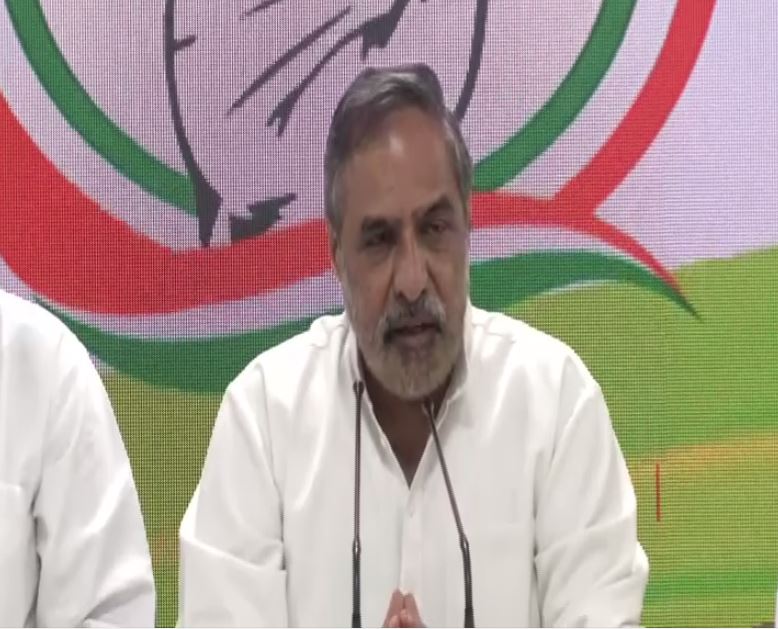 Amid several opposition parties criticising the Centre’s move of scrapping Article 370 that gave special status to Jammu and Kashmir, the Congress on Tuesday expressed concern over the ‘clampdown’, ‘news blackout’ and ‘reports of excesses’ in the state.

It said the government should convene an all-party meeting to take the opposition into confidence over the situation there.

Addressing a press conference at the party headquarters in New Delhi, Congress leader Anand Sharma said opposition leaders should be allowed to visit J-K and Ladakh along with the media.

He said J-K Governor Satya Pal Malik had made a ‘patronising’ invitation to party leader Rahul Gandhi to visit the state.

“He (Gandhi) has not sought the hospitality of the state administration, does not want to go there as a guest but as a political leader to exercise his rights,” Sharma noted.

Gandhi has also spoken about the rights of other opposition leaders to visit J-K, he said.

Meanwhile, a day after J-K Governor Satya Pal Malik offered to arrange an aircraft for Congress leader Rahul Gandhi to visit the Valley, Gandhi on Tuesday said he will take up his invitation but requested the ‘freedom to travel and meet the people, mainstream leaders and our soldiers stationed there’.

Besides, Sharma also said that among those detained were two former chief ministers who have been partners in coalition governments with BJP and Congress.

“They respect the Constitution. The leaders must be freed from detention. Then only there will be credibility to the Governor’s claims,” he said.

Sharma said Prime Minister Narendra Modi and Home Minister Amit Shah should take opposition leaders into confidence. “It is high time an all-party meeting should be held in which the prime minister and the home minister take leaders of national parties into full confidence,” he said.

Congress, he said, wants peace and normalcy and does not want any country to take any advantage of the situation. “Hope all of us have the freedom to tell the world that the situation is peaceful. That is what people want to hear,” he said.

Sharma said no claim of the government will be convincing until the “clampdown and blackout” are lifted and the detained leaders freed. People have not been able to reach their families, he stressed.