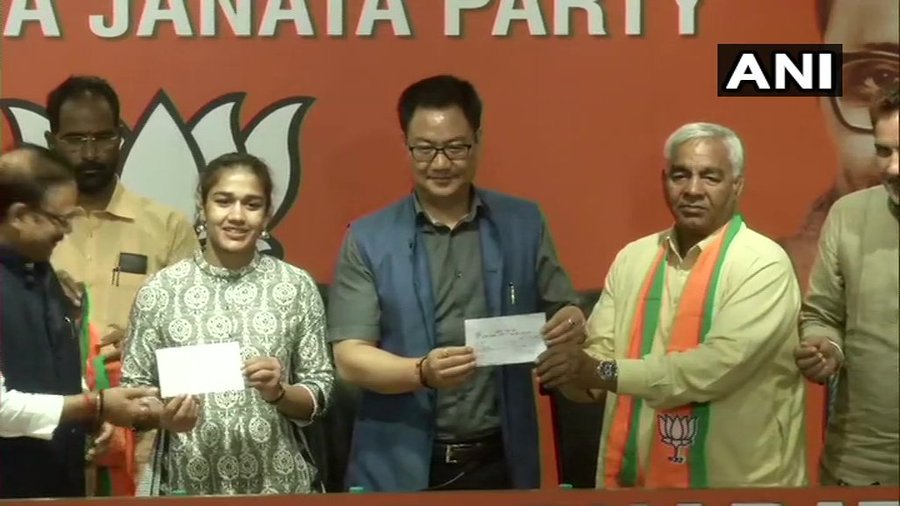 Phogat, who had made the country proud by bagging a silver medal in the 21st edition of the Commonwealth Games in Gold Coast, is believed to a staunch supporter of the BJP’s policies and vision of its leaders, sources added.

Recently, Phogat came out in support of Haryana Chief Minister Manohar Lal Khattar, who had stoked controversy with his ‘lighter remark’ on ‘Kashmiri girls,’.

The wrestler had backed him saying there was ‘nothing offensive’ in what he said.

“Haryana Chief Minister Manohar Lal Khattar has not made any such statement that is offensive to our sisters and daughters. I urge media to not misinterpret his statement,” the Arjuna awardee had said while replying to a journalist on Twitter.

The journalist had sought Phogat sisters’ response on Khattar’s remark, where he said on a ‘lighter note’ that Haryana can now get brides from Kashmir after the abrogation of Article 370, under which Kashmiri women used to lose property rights if they marry a person from outside Jammu and Kashmir.

Elections are due in Haryana this year for electing members to the 90-member Assembly.