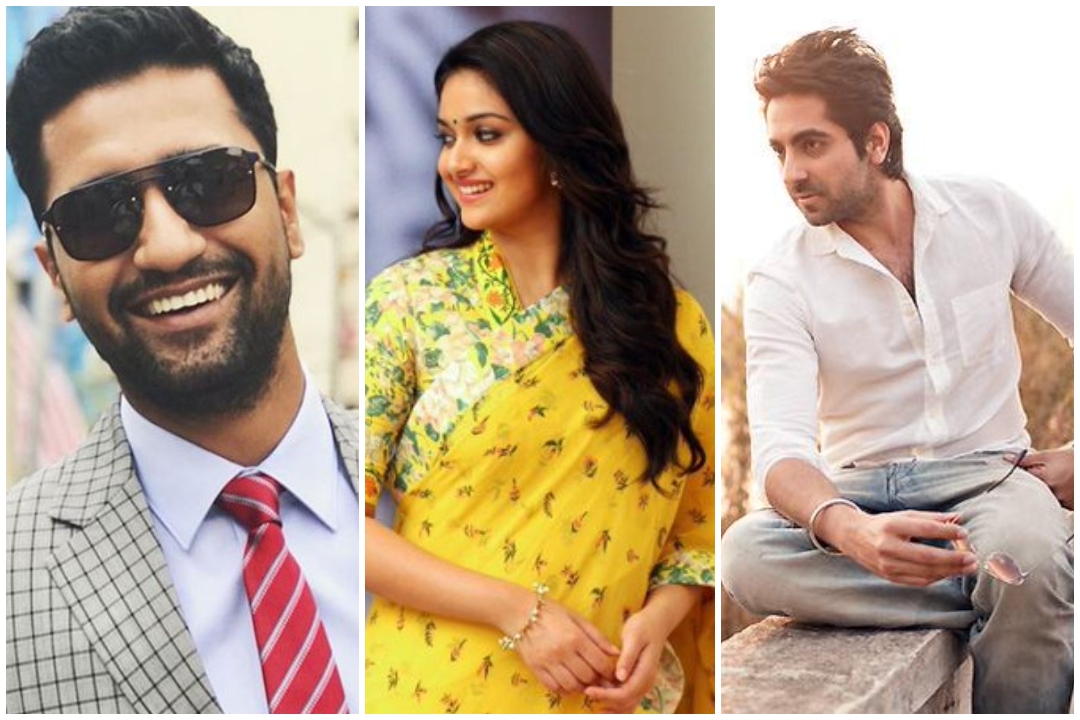 Actors Vicky Kaushal and Ayushmann Khurrana have shared the Best Actor award as multiple honours came in for films ‘AndhaDhun’, ‘Uri’ and ‘Badhaai Ho’ in the National Film Awards for 2018 while actress Keerthy Suresh won the Best Actress for her role in ‘Mahanati’.

‘Andhadhun’ was named the best Hindi film of the year while Ayushmann and Vicky shared the ‘best actor’ award for their performance in ‘Uri:The Surgical Strike” and ‘Andhadhun’ respectively.

The awards were announced at a press conference by the awards jury Chairperson Rahul Rawail here on Friday.

‘Uri’ also won the best director award for Aditya Dhar, ‘Andhadhun’ has been honoured with the award for best screenplay (adapted).

Additionally, actor Surekha Sikri, who had the audience in splits with her perfect comic timing, has won the ‘best-supporting actress’ award for her acclaimed performance in ‘Badhaai Ho.’ The award for the best popular film providing wholesome entertainment also went to ‘Badhaai Ho.’

Apart from these, the Bollywood fraternity also won laurels in the music category.

Ace filmmaker Sanjay Leela Bhansali has been conferred with the ‘Best Music Director’ award for ‘Padmaavat’ in which jury chairperson Rahul Rawail said “all the tracks were of different kinds and genres”.

Arijit Singh has been picked as the ‘Best male playback singer’ for the song ‘Binte Dil’ from the highly- appreciated film ‘Padmaavat’, which also bagged the ‘best choreography’ for the song ‘Ghoomar.’

The award for ‘Best background music’ was won by ‘Uri’ in which the chairperson said that “every beat and background sound was captivating and heart touching”.

Interestingly ‘Padman,’ starring Akshay Kumar, Sonam Kapoor and Radhika Apte which was based on awareness about menstrual hygiene, won the best film on social issues award.