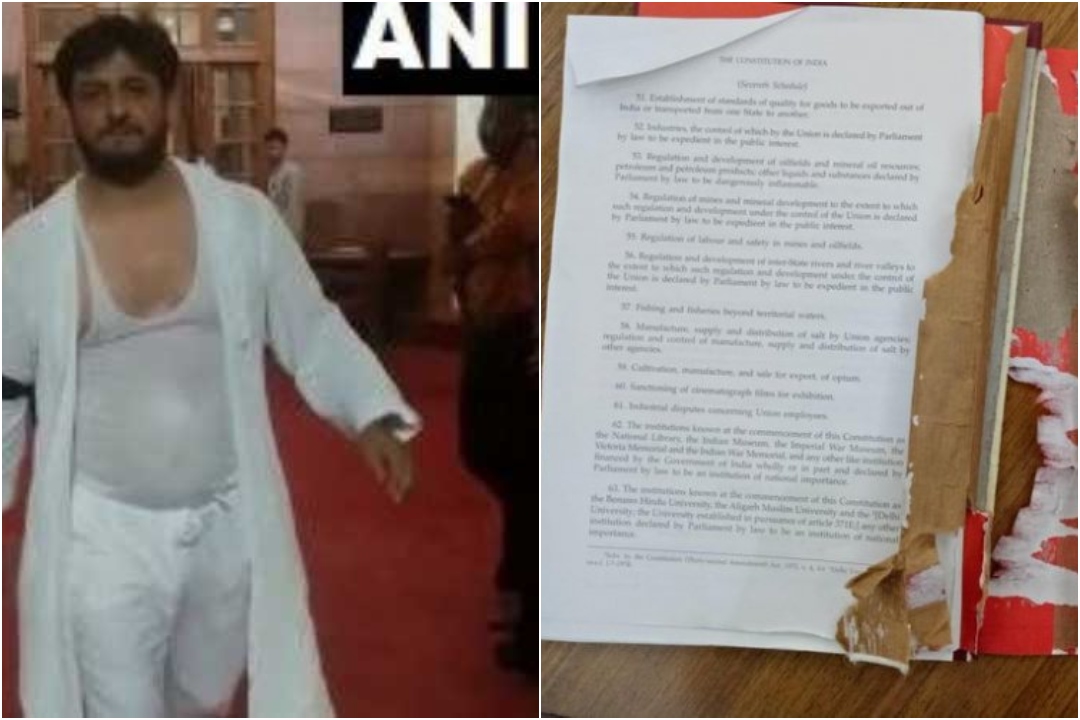 Registering their protest against the scrapping of Article 370, PDP MPs Mir Fayaz and Nazir Ahmed Laway on Monday tore up the Constitution in the Rajya Sabha, leading to their ouster from the House.

Vice President M Venkaiah Naidu directed the marshals to remove the slogan-shouting PDP members from the Rajya Sabha. The two MPs had also protested outside Parliament prior to the start of proceedings. 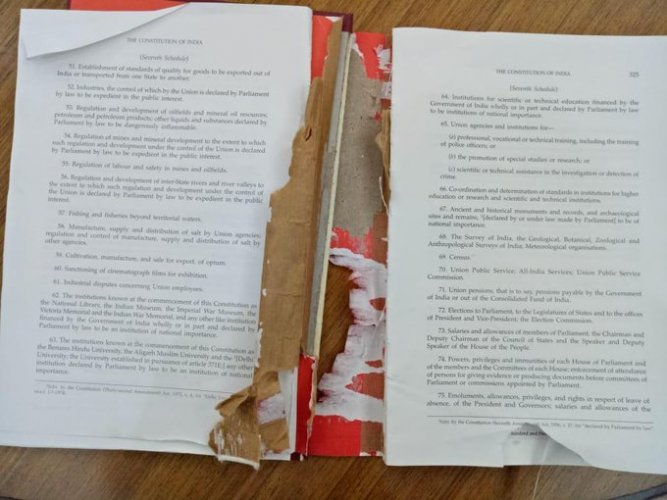 As the protest continued, PDP’s Mir Mohammed Fayaz tore his own kurta. Later as Shah once again rose to introduce one of the bills as it was not circulated before, PDP’s Nazir Ahmad Laway tore the Indian Constitution.

“It will have catastrophic consequences for the subcontinent. GOIs intentions are clear. They want the territory of J&K by terrorising it’s people. India has failed Kashmir in keeping its promises,” she said.

“Today marks the darkest day in Indian democracy. Decision of J&K leadership to reject 2 nation theory in 1947 & align with India has backfired. Unilateral decision of GOI to scrap Article 370 is illegal & unconstitutional which will make India an occupational force in J&K,” she added.

National Conference leader Omar Abdullah, who is also under house arrest, called it a shocking decision and said, “GOI’s unilateral and shocking decisions today are a total betrayal of trust that the people of Jammu and Kashmir had reposed in India when the state acceded to it in 1947. The decisions will have far-reaching and dangerous consequences. This is an aggression against the people of the state as had been warned by an all-parties meeting in Srinagar yesterday,” he said.