A video has gone viral on social media in which two policemen can be seen balancing themselves on a stick, which is placed on a young man’s lap.

The young man is seen crying out of pain and pleading for mercy. It has been claimed that the young man is being punished by the policemen at Gahmar police station for not serving them tea.

See this, its fault is not so much tea, brought police station, police brothers, make this policeman’s video viral, it should be punished) 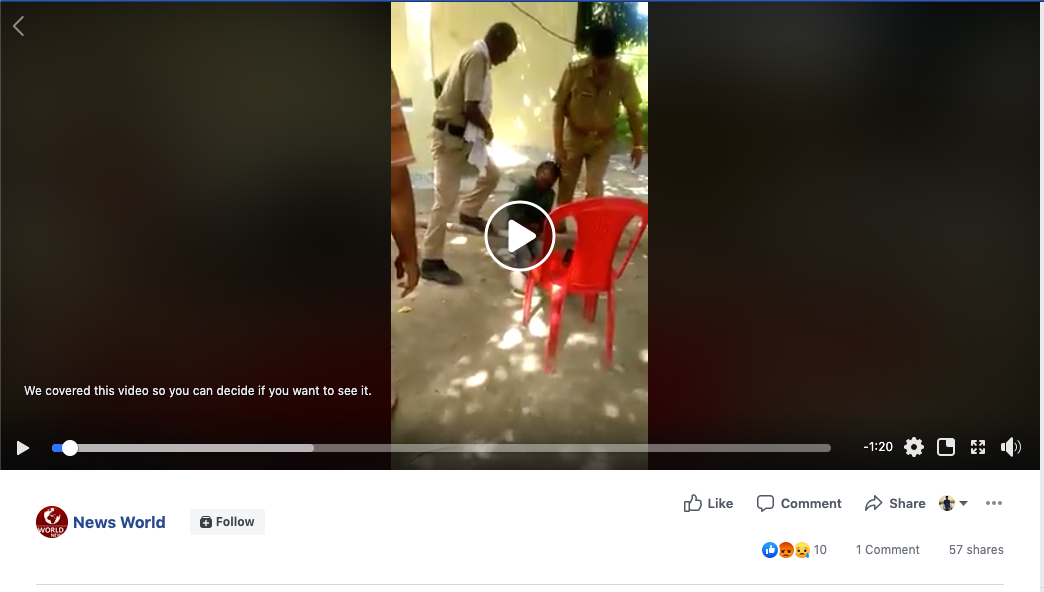 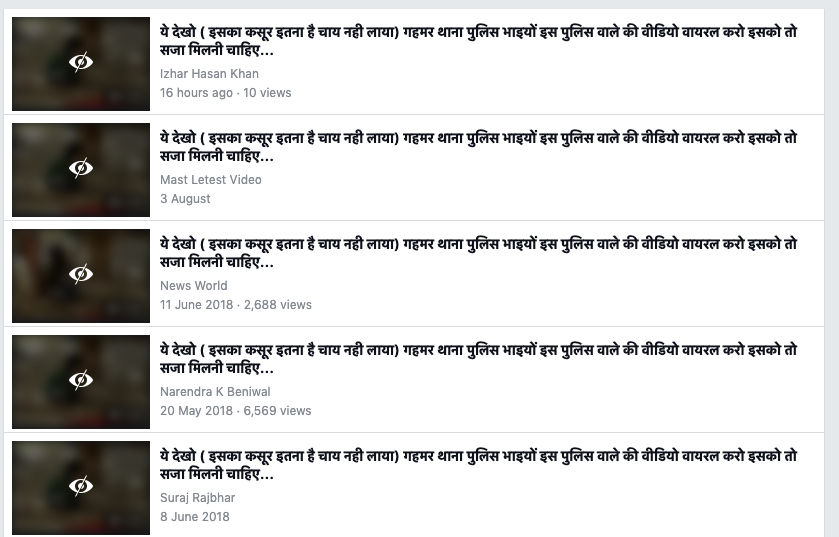 On putting the keyframes of the video through Reverse Image Search, we found a news article on NDTV dated November 18th, 2017. 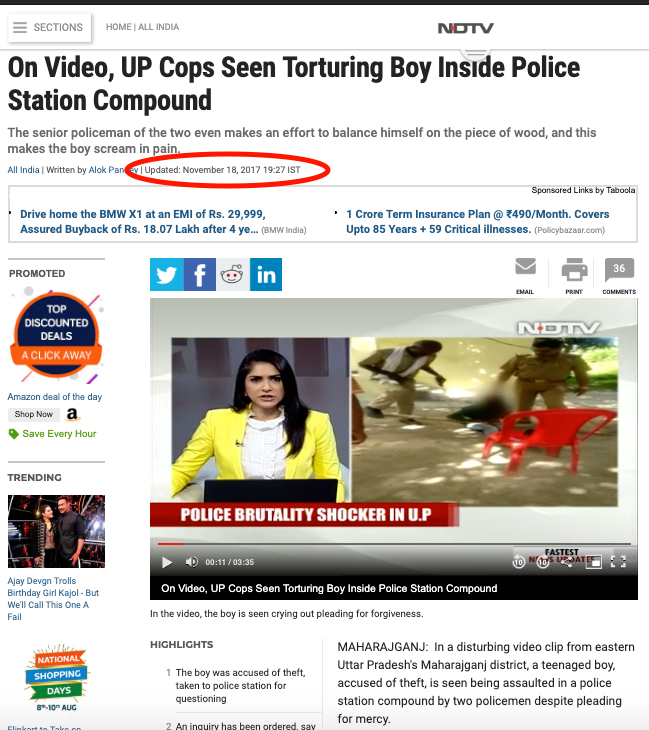 According to the report, the man in the video is thrashed by cops for alleged theft. The incident took place in September 2017 at a police station in Maharajganj called Paniyara.

Hence, the above information proves that the claim attached to the video is False.