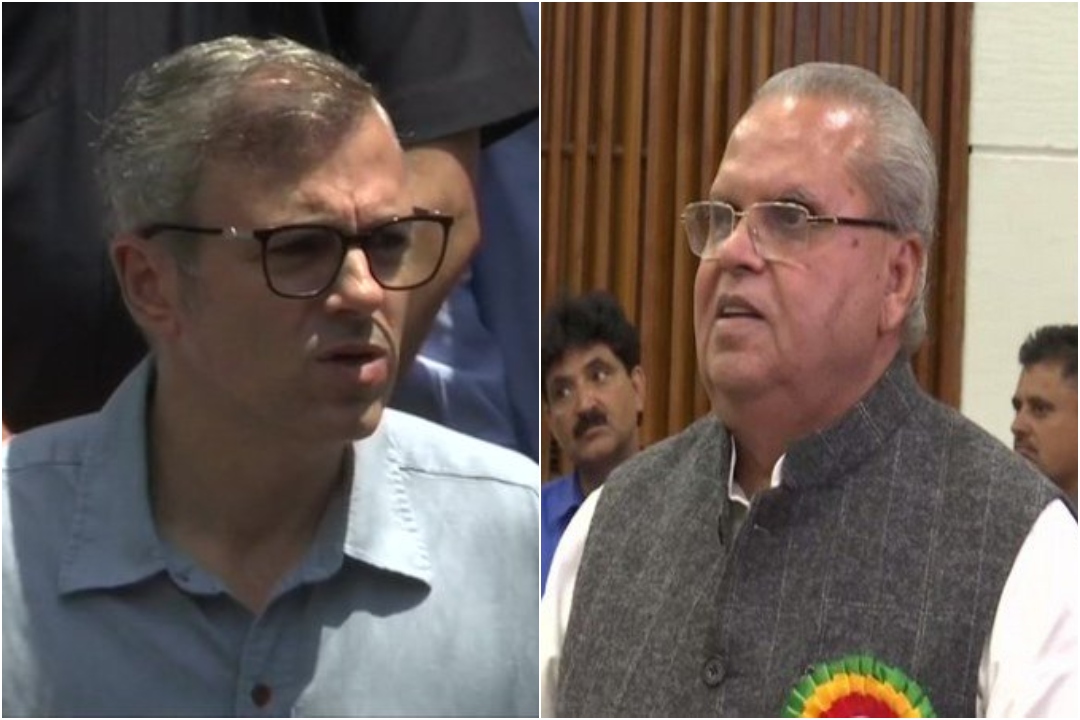 Former Jammu and Kashmir Chief Minister Omar Abdullah along with a delegation of National Conference (NC) leaders met Governor Satya Pal Malik on Saturday to seek clarity over the current situation in the state.

Omar Abdullah said the situation in Valley is tense and there is fear among the people and demanded the government to issue a statement that the people do not need to be afraid.

“We wanted to know about the current situation in Jammu and Kashmir. When we ask officials, they say something is happening, but nobody knows what is actually happening,” the National Conference (NC) leader said.

“On Monday, when the Parliament starts functioning, the Centre should give a statement on what was the need for the order to end Amarnath Yatra and evacuate tourists. We want to hear it from the Parliament that there is no need for people to be afraid,” Omar Abdullah stated.

“After yesterday’s order, the situation in valley is tense and people hoarding outside petrol pumps and grocery stores. And in addition to that government’s order to ask tourists and yatris to leave which has never happened before nor have tourists been attacked,” the former CM added.

Speaking at a press conference about his meeting with Satya Pal Malik, Omar Abdullah said, “We met with the Governor and asked him that we are trying to look for answers and find the truth which no one knows. Governor sahab said the same thing as he did yesterday. We asked him if it’s about Article 35A, trifurcation or 370, but he said that there is nothing like that.”