Home Nation J-K: Amarnath Yatra will continue till August 15 as per schedule, says... 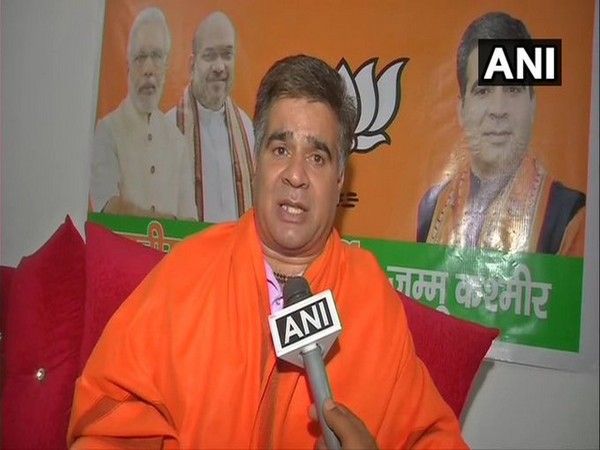 Amidst recent developments in Jammu and Kashmir, Bharatiya Janata Party (BJP) President of Jammu and Kashmir Ravinder Raina on Friday said that the Amarnath Yatra will continue till August 15 as per the schedule.

“Strong security measures have already been taken up and there is no atmosphere of fear. The Amarnath Yatra will continue till August 15 as per the schedule. All yatris can visit the holy shrine, but advisory issued by the home department should be followed,” Raina told ANI.

He added, “Our brave jawans of Indian Army, Jammu Kashmir Police forces and paramilitary forces have foiled an attempt of Pakistani terrorists to target the civilians, tourists and Amarnath Yatris in the Kashmir valley. Our jawans have also recovered a Pakistani-made sniper rifle, arms and ammunition.”

Adding that an advisory has been issued by the Home Department of the Jammu and Kashmir government in the Kashmir valley, the BJP leader said, “The Pakistani terrorists are trying to target the pilgrims and others in the valley. We should all fight against Pakistan together.”

Earlier today, state government advised Amarnath Yatris and tourists to curtail their stay in the Valley “immediately”, shortly after the Indian Army said Pakistani terrorists are planning to disrupt the pilgrimage.

“Keeping in view the latest intelligence inputs of terror threats, with specific targeting of the Amarnath Yatra, and given the prevailing security situation in the Kashmir Valley, in the interest of safety and security of the tourists and Amarnath Yatris, it is advised that they may curtail their stay in the valley immediately and take necessary measures to return as soon as possible,” the state government said in a security advisory.