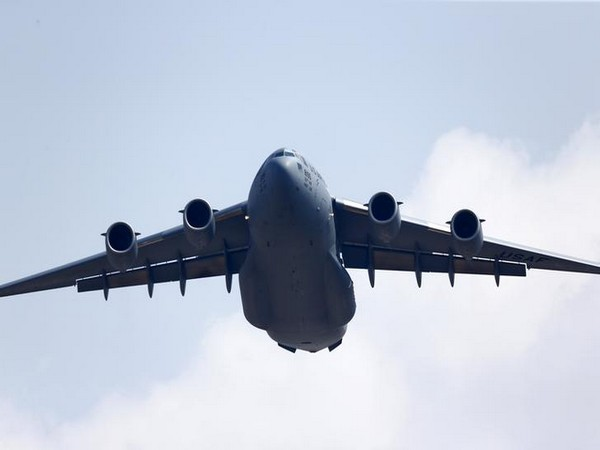 For rapid induction of Central Reserve Police Force (CRPF) and other paramilitary troops in Kashmir, the Centre has pressed Indian Air Force (IAF) aircraft including the C-17 Globemaster heavy lift plane into service.

Sources on Friday told ANI, “The C-17 heavy lift aircraft along with other planes are being used for inducting troops from different parts of the country.”

The sources said that in a view of the increased induction of troops, the Air Force and the Army are also on high operational alert in the Jammu and Kashmir region.

Army Chief General Bipin Rawat had visited Jammu and Kashmir on Thursday to review the operational preparedness of the troops deployed in the state.

The security agencies have also received inputs about possible attempts of infiltration by terror groups from Pakistan-occupied-Kashmir into the state.

After additional security forces were ordered to be deployed in Kashmir in the wake of inputs about a terror attack threat, paramilitary troops are being rushed in from different parts of the country such as Assam, Uttar Pradesh, Bihar and many other places, the sources added.

The Ministry of Home Affairs (MHA) had recently ordered the deployment of an additional 100 coys of Central Armed Police Forces (CAPF) to “strengthen the CI grid as well as for maintaining law and order situation in Jammu and Kashmir.”

Out of the 100 coys, 50 are from CRPF, 30 from Sashastra Seema Bal (SSB), and ten each from Border Security Force (BSF) and Indo-Tibetan Border Police (ITBP).

The move to deploy additional troops came after the security establishment received confirmed inputs that Pakistan army-backed terrorist groups are planning to carry out a major attack on the Indian soil.

Inputs have been received by security and spy agencies that after the successful conduct of Panchayat elections in the state, terrorist groups have been asked to carry out an attack on forces.

National Security Advisor (NSA) Ajit Doval is constantly in touch with the security agencies to monitor the situation and is keeping a close eye on developments in the state.