Bear Grylls has not joined the BJP; here’s the truth behind this picture | Newsmobile
Tuesday, September 27, 2022

Home Home Slider Bear Grylls has not joined the BJP; here’s the truth behind this...
ShareTweetGoogleWhatsappPrint
Mail

A picture of Prime Minister Narendra Modi and Bear Grylls has surfaced the internet and a claim has been attached that Grylls has joined BJP.

In the picture, Bear Grylls can be seen wearing a saffron scarf across his neck with BJP logo on it. 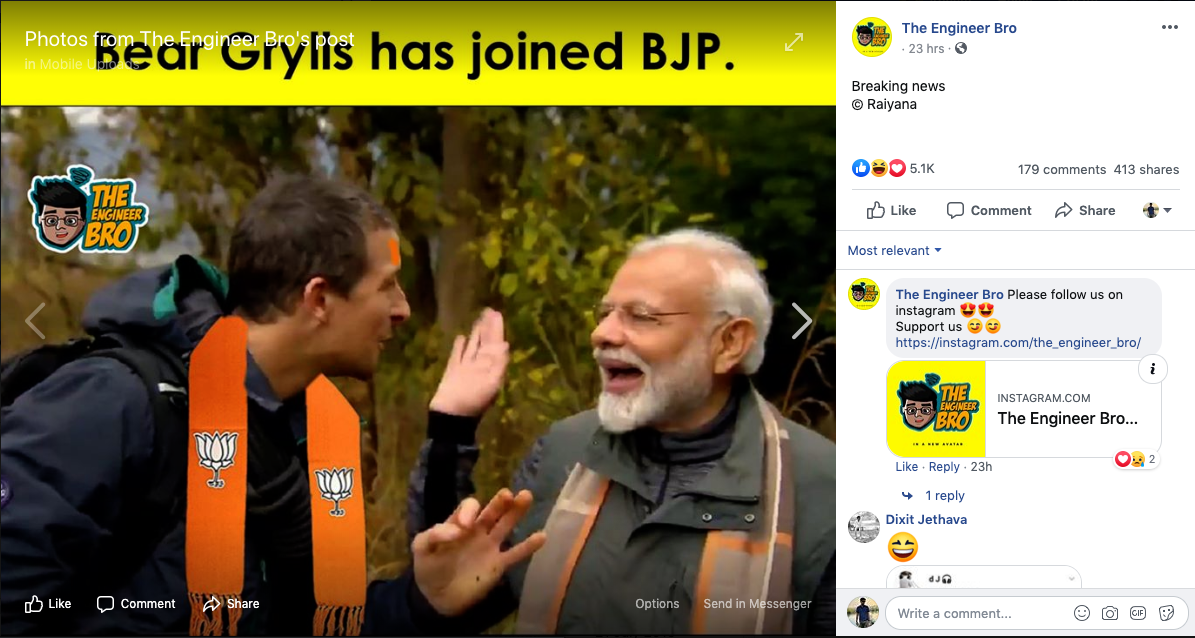 ALSO READ: This ecological bridge is not from the Netherlands; here’s the truth

When NewsMobile fact-checked the above post we found it to be FAKE.

The picture is a screengrab from the video released by Bear Grylls of the trailer of his popular show Man vs Wild in which Prime Minister Narendra Modi is going to feature. The screengrab was further photoshopped with the BJP flag. 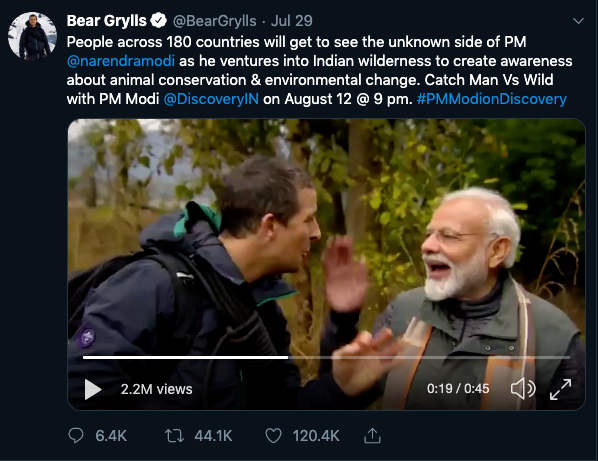 People across 180 countries will get to see the unknown side of PM @narendramodi as he ventures into Indian wilderness to create awareness about animal conservation & environmental change. Catch Man Vs Wild with PM Modi @DiscoveryIN on August 12 @ 9 pm. #PMModionDiscovery pic.twitter.com/MW2E6aMleE 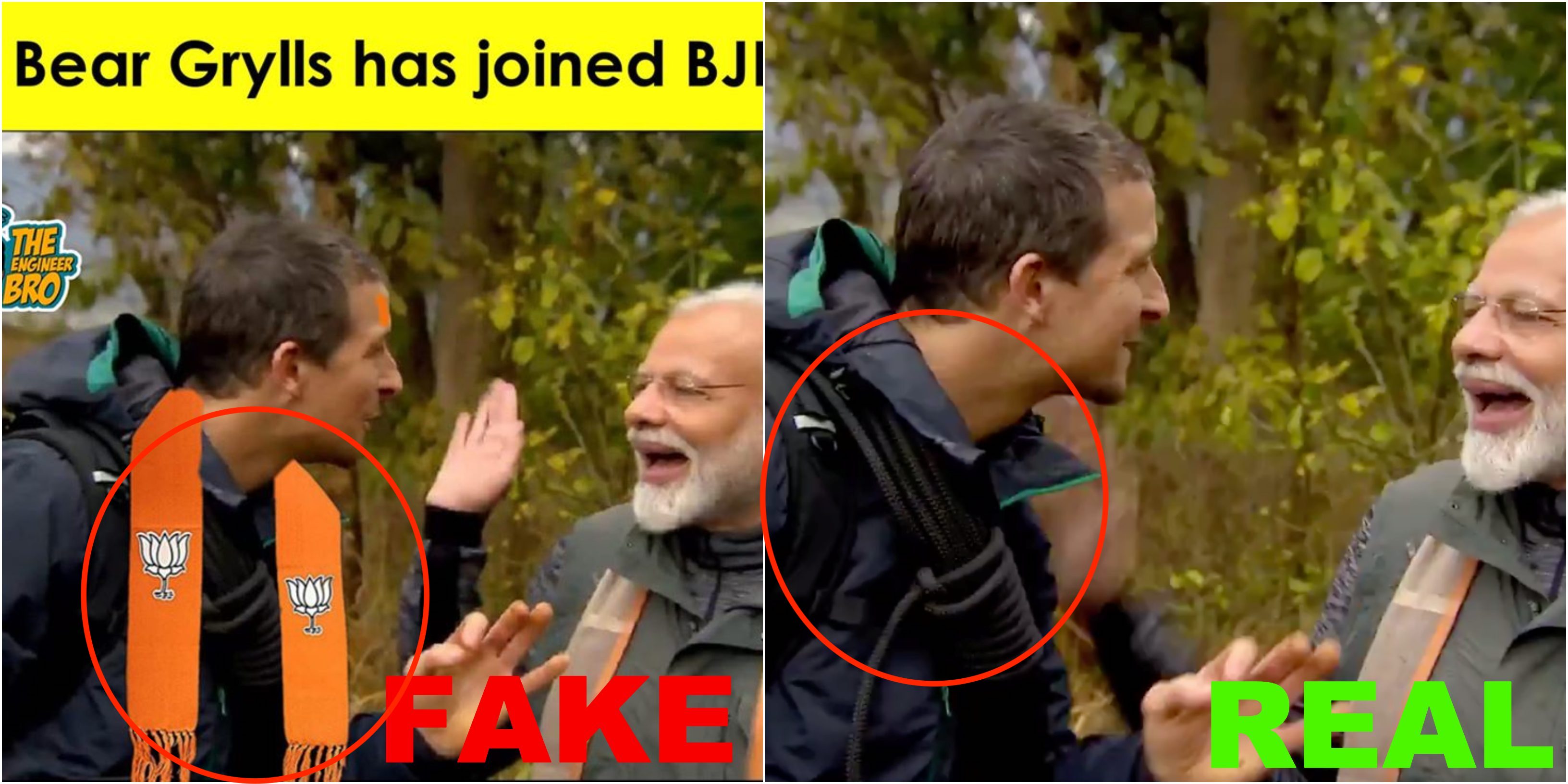 In the above FAKE vs REAL collage, it is evident that the BJP scarf has been superimposed in the REAL picture using photoshop software.

Moreover, there have been no reports or communication from BJP about Bear Grylls joining the party.