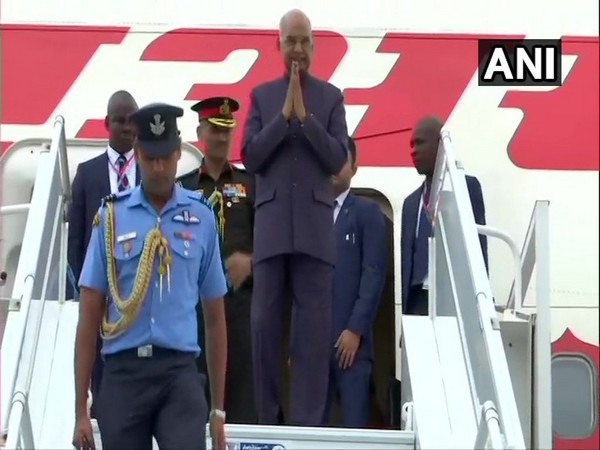 President Ram Nath Kovind arrived in Benin on Sunday on the first leg of his three-nation tour of the West African region.

This is the first-ever state visit by an Indian President to Benin. The visit is aimed at further deepening India’s relations with the African country. During his week-long tour, Kovind will also be visiting the Gambia and Guinea.

Kovind is scheduled to hold talks with President of Benin, Patrice Talon. He will later travel to Porto Novo, the seat of Beninese Parliament, according to a statement of the Ministry of External Affairs.

In a special honour extended to India by Benin, Kovind will be addressing the National Assembly in Porto Novo. The President of Benin will also be hosting a banquet in Kovind’s honour.

Kovind will meet members of the Indian community at a reception in Cotonou on July 30 before leaving for the Gambia.

On August one, he will reach Guinea.