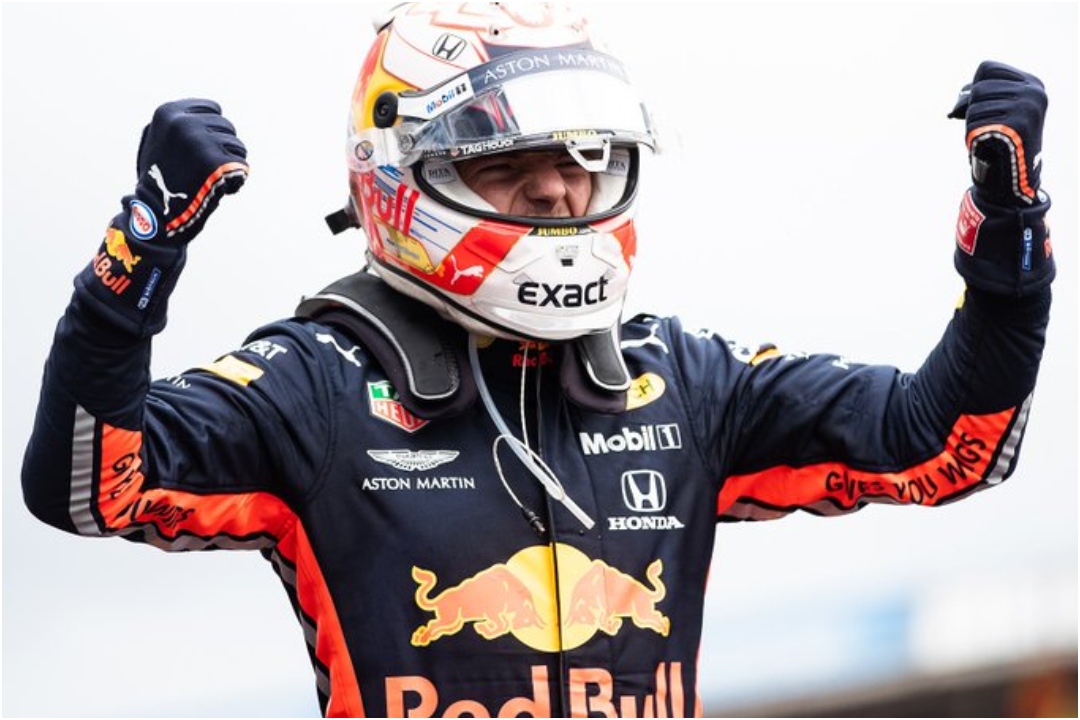 Max Verstappen took full advantage of his rivals’ calamities on Sunday to win an epic, rain-lashed and wildly-spectacular German Grand Prix for Red Bull ahead of Sebastian Vettel of Ferrari.

The 21-year-old Dutchman secured his second win of the season and seventh of his career, finishing ahead of four-time world champion Vettel, who had started 20th and last on the grid.

Masterclass in the wet from the winner (Verstappen)

Extraordinary fightback from the runner-up (Vettel)

Team’s second ever podium for the guy in P3 (Kvyat)

No wonder there were so many smiles on the Hockenheim podium 😁#F1 #GermanGP 🇩🇪 pic.twitter.com/jGs9q5URqA

New dad Daniil Kvyat of Toro Rosso was third as he secured only his third Formula One podium.

The race was a disaster for champions Mercedes who were celebrating their 200th Formula One start of the modern era and 125 years of motorsport, both defending five-time champion Lewis Hamilton and his team-mate Valtteri Bottas crashed and failed to score any points.

Hamilton eventually finished 11th after making six pit-stops as he missed out on a points finish for the first time in 23 races while Verstappen continued his rich streak of consistency.

Romain Grosjean was eighth for Haas ahead of Antionio Giovinazzi of Alfa Romeo and Kevin Magnussen who was 10th for Haas.

“It was amazing, but really tricky out there,” said Verstappen, who made four pit-stops and survived a complete 360-degrees spin.

“To make the right calls, you had to be focussed. We put on the slick tyres and we had a 360! But it was alright.”

Vettel, for whom the result brought redemption after he had crashed out while leading in heavy rain last year, said: “It was a long race and at some stages if felt like it was never-ending. I am just very happy.”

Kvyat confirmed that he became a father on Saturday night when his partner Kelly gave birth to a daughter.

He said: “It was amazing! Amazing to be back on the podium and incredible for Toro Rosso, after so many years, it;s great to get a podium.