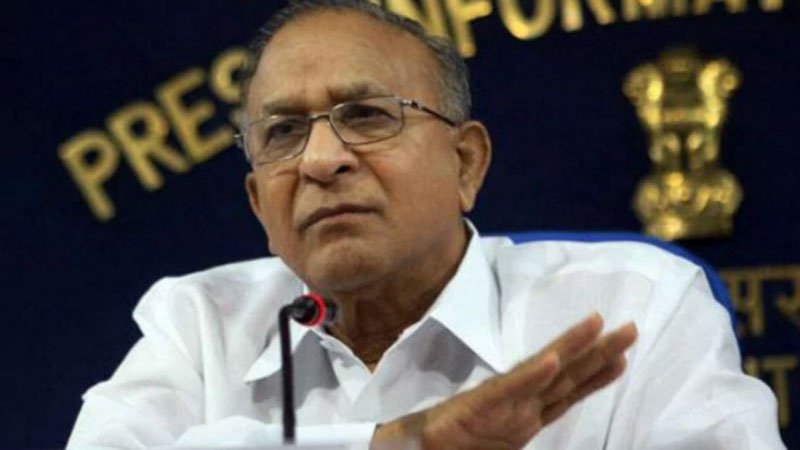 Former Union Minister and senior Congress leader S Jaipal Reddy passed away at the age of 77, in the early hours on Sunday.

He was ailing and breathed his last at 1:30 am in Asian Institute of Gastroenterology in Hyderabad.

The Congress veteran is survived by his wife, two sons and a daughter.

“We are saddened to hear of the passing of former Union Minister Jaipal Reddy. A senior Congress leader, he served as a Lok Sabha MP five times, a Rajya Sabha MP twice and as an MLA four times. We hope his family and friends find strength in their time of grief,” tweeted the Congress party from its official Twitter account.

We are saddened to hear of the passing of former Union Minister Jaipal Reddy. A senior Congress leader, he served as an LS MP 5 times, an RS MP 2 times and as an MLA 4 times.
We hope his family and friends find strength in their time of grief. pic.twitter.com/3BHVc07OYA

Congress leader Rahul Gandhi expressed his grief at the passing away of the ‘outstanding parliamentarian, great son of Telangana’.

Vice President M Venkaiah Naidu took to Twitter to extend his heartfelt condolences at the demise and penned down words of appreciation for the Congress stalwart in a series of tweets.

With his razor sharp intellect & biting wit, he was also a powerful spokesperson of the party to which he belonged. He is known for cherishing and upholding democratic values. A tireless champion of the vulnerable & marginalized sections, his absence will be profoundly felt.

My heartfelt condolences to his family members. May his soul rest in peace. #JaipalReddy

Born in 1942, Reddy’s journey into the political discourse started when he was elected as the president of the Andhra Pradesh Youth Congress.

He went on to become a Congress legislator for four consecutive terms in the 1970s and held key portfolios in various governments, thereafter.

In 1979, he joined Janata Dal and returned to the Congress party after 20 years in 1999 and held ministerial berths.

He was also conferred with the best parliamentarian award in 1998.

He served as a Union Minister for Information and Broadcasting in the IK Gujral cabinet in 1998.