Home Home Slider ‘At, by and on your side,’ Farhan, Shibani slay in a pool 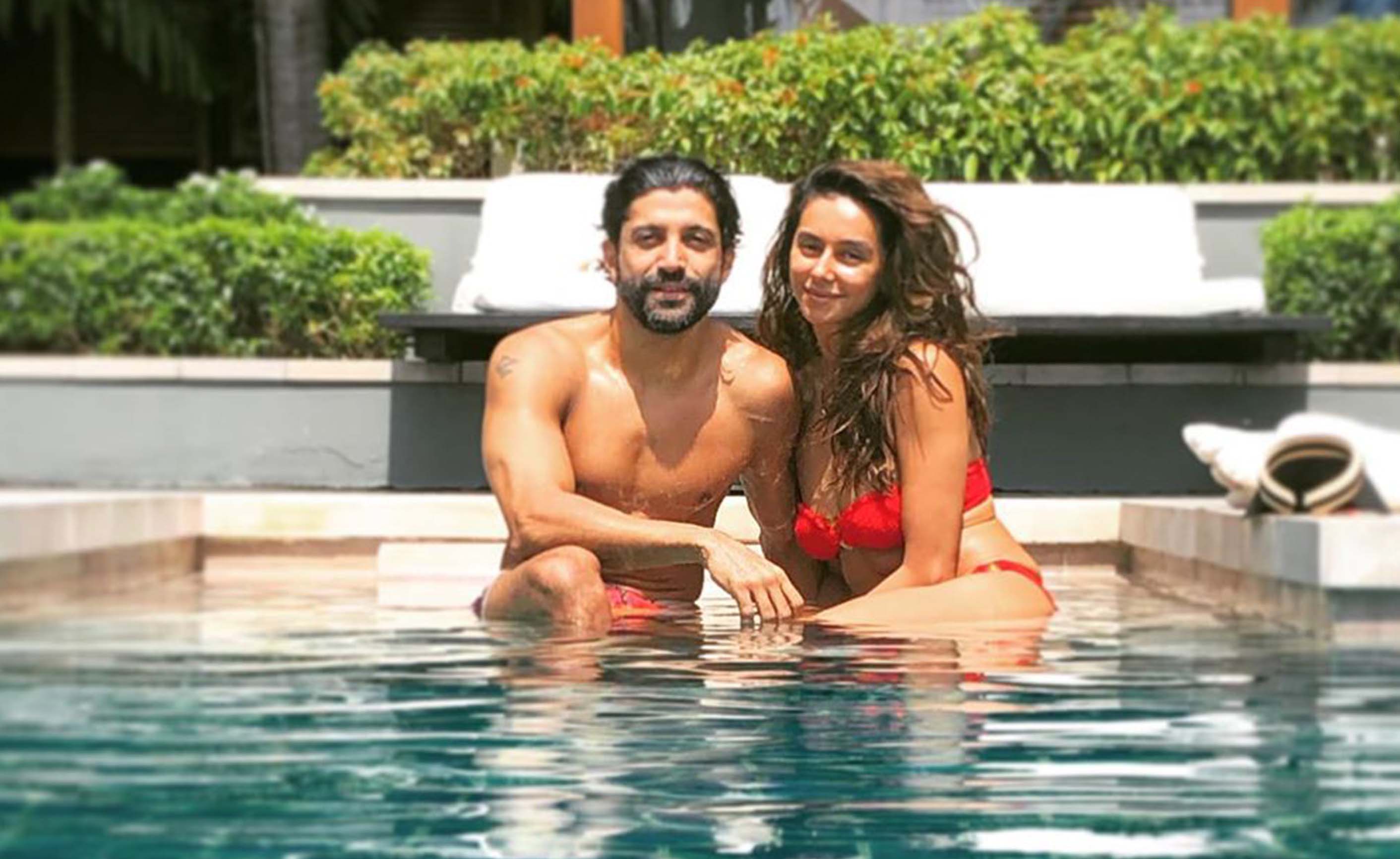 One of the most popular couples in Bollywood, keep on updating their fan’s social media feeds with some stunning pictures.

Farhan recently shared a picture with Shibani and he wrote: “At, by and on your side. @shibanidandekar #poolheads #kohsamui #FarOutdoors.” One of the hashtag reads Koh Samui. So does that imply they are holidaying in Thailand? In the picture, Shibani sports a red bikini and both are inside a pool.

Here’s a glimpse of Farhan and Shibani’s paradise:

Will the REEL/REAL MILKHA SINGH please stand up! 🏃🏾‍♂️ #milkhasingh 🥇@faroutakhtar 🌟 Was so amazing to meet this legend! Milkha Ji is such a sweetheart and has soooo much SWAG!! love him! Farhan you are pretty cool too 😉

While on the professional front though Farhan has been off-screen for some time now. However, he is now busy with two films – The Sky is Pink which will premiere at Toronto International Film Festival (TIFF) while he is busy with the prep for Rakyesh Om Prakash Mehra’s Toofan, where he plays a boxer. The Sky Is Pink also stars Priyanka Chopra and Zaira Wasim.