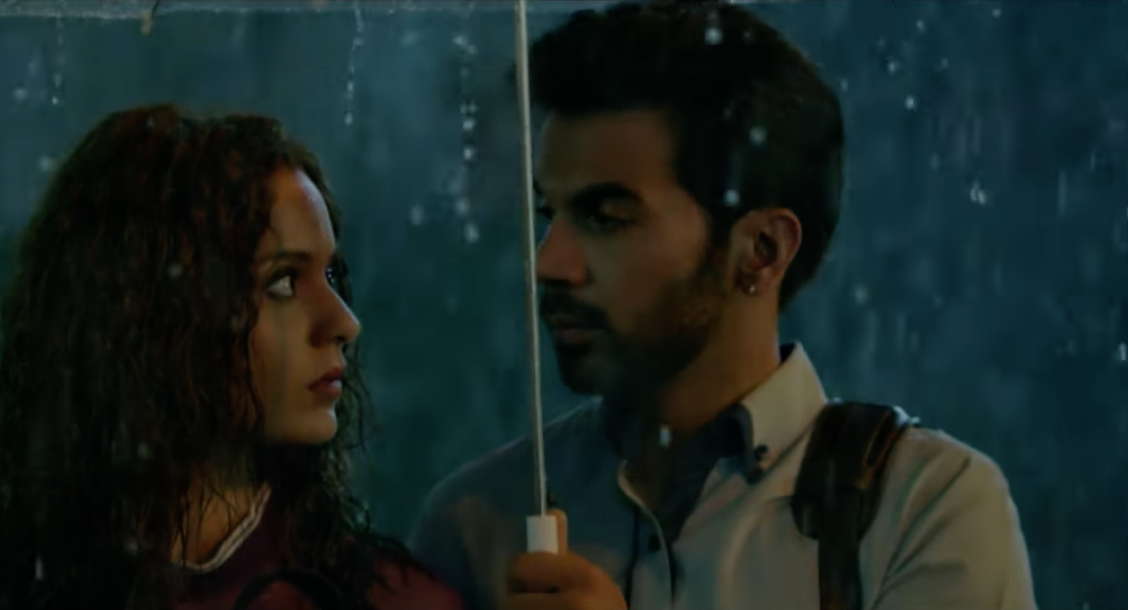 It’s a pure delight to be in an era where brilliant scriptwriters churn out mind-blowing scripts.

First of all, Kudos to Kanika Dhillon for this star script, which as per me is a step ahead of Andhadhun. The characters are written clear and deep. There is a perfect blend of unpredictability, darkness, humour, suspense, thrill and even fear. 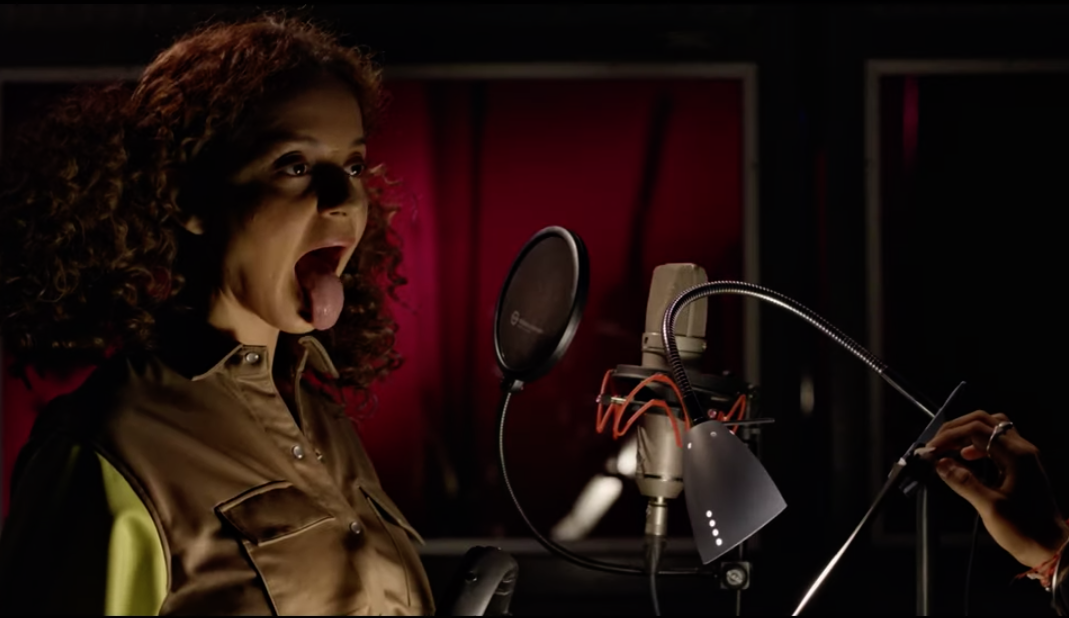 Throughout the suspense, she keeps throwing hints this way and that way to keep you guessing, gives a twist at intermission, only to swing you back on the contrary direction later. Towards the end, she conveys metaphorical messages through Ramayan’s characters in a play, to help you guess the outcome and then comes the great climax. And as an icing on the cake, in the end, there’s a message too. 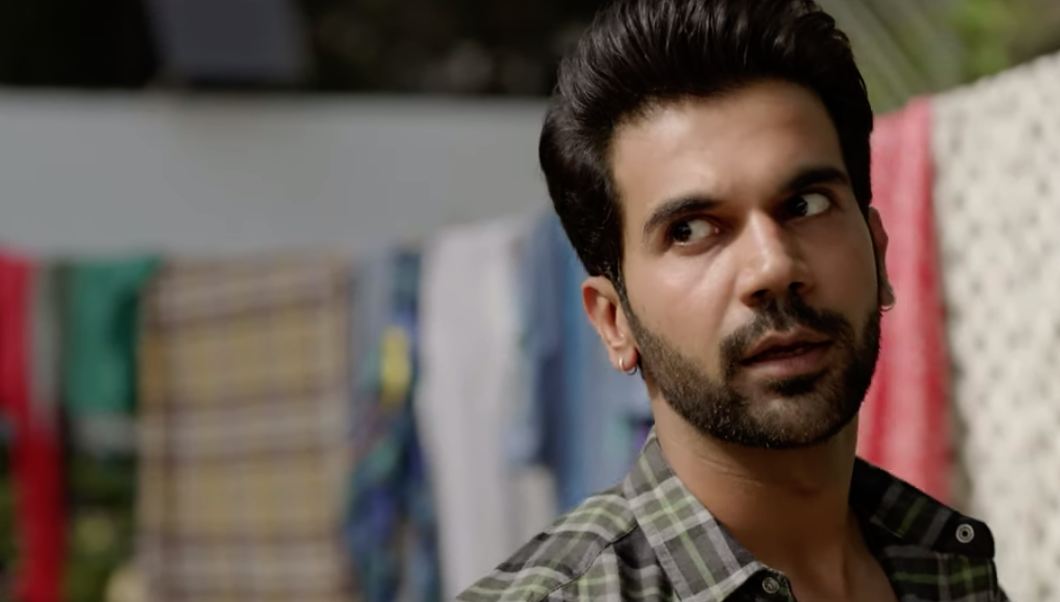 Director Prakash Kovelamudi does a great job of turning the script into a gripping film. As a major advantage, he had two of the best actors in the industry pitched against each other.

The story revolves around Bobby (Kangana) and Keshav ( Rajkumar) who are both suspects for murder.

The character of Bobby is beautifully written and stupendously played by Kangana. Her fears, loneliness, quirkiness and nuances evoke sympathy, love and even fear at times.
RajKumar Rao blows you away in his never seen before avatar. Apart from Omerta where he was completely black in character, this is the first time he’s deliciously grey, edgy and unpredictable. There’s a rugged charm about him never seen before.
Both of them take the performances to the next level in this film. 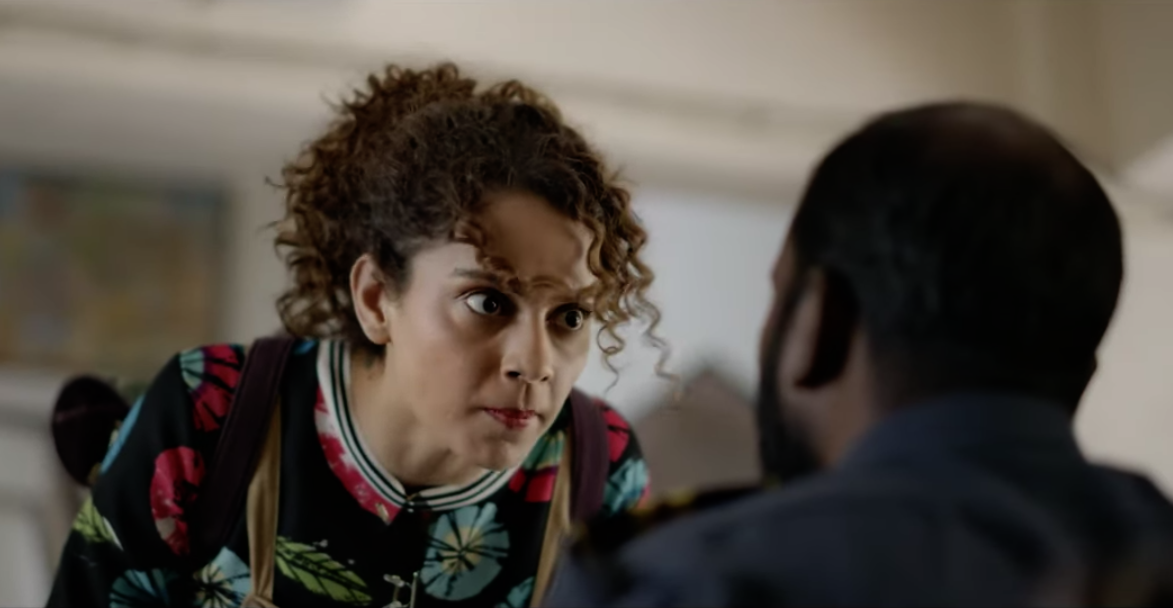 Bobby (Kangana) has suffered trauma in childhood and has some severe psychological issues. When Keshav ( Rajkumar) & his wife come and stay at her place as tenants for a short period, she notices many things askew about him and fears for his wife. The audience will be kept in a marvellous twist wondering if she’s imagining it or are her fears real! Things turn from grey to dark when his wife dies in a so-called accident. The needle of suspicion swings between the two like a pendulum, to and fro.

Both have absolutely contradictory narratives, but those that are mirror-image versions of each other.

Somehow the case is closed and Bobby undergoes treatment for her psychological problems. 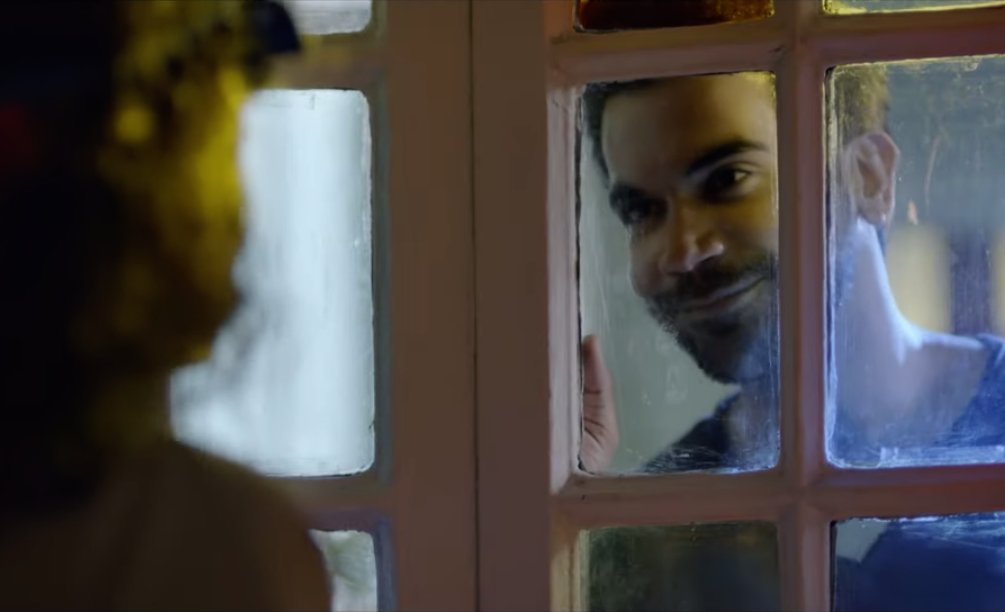 Fate takes a twist again when Bobby discovers Keshav now married to her cousin with a different alias.

She now has to face the same fears and doubts, and also fight the perception that she might be imagining things because of her trauma. (Spoiler ends)

The rest of the plot is a superb roller coaster which keeps you on the edge right till the climax.

The movie is highly recommended and a must-watch for its narrative, mazes like suspense, edgy characters and superb performances. Topped up with a good message, the films create a very different niche/league and must not be missed.