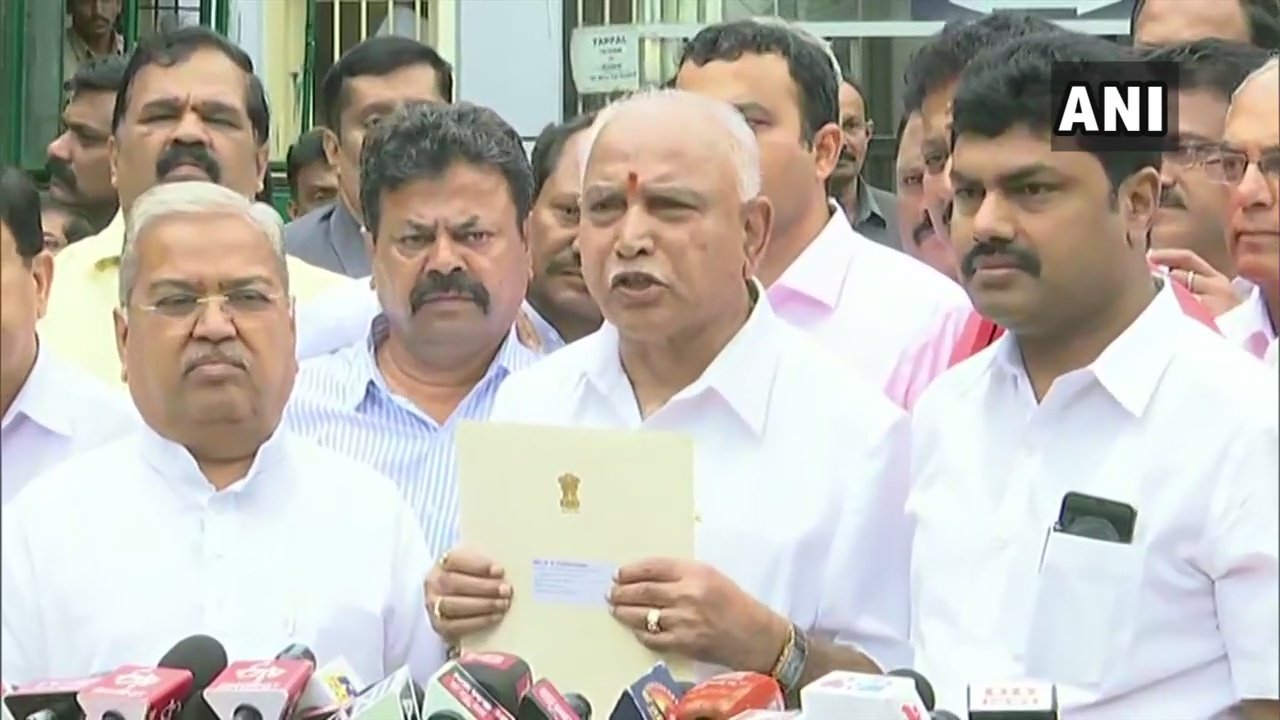 Bengaluru: The political unrest in the state of Karnataka seems to have come to a rest as BJP’s BS Yeddyurappa is all set to take oath as the Chief Minister of Karnataka on Friday at 6 pm. He made the announcement after his meeting the governor.

“I just met the Governor, I will take oath as Chief Minister today at 6 pm,” Yeddyurappa said.

Meanwhile, Yeddyurappa will have to prove majority in the assembly by July 31.

The move came in three days after the HD Kumaraswamy-led coalition failed a trust vote.

Yeddyurappa’s last stint was just 48 hours long. Sworn in right after the Karnataka election in May last year that yielded no clear winner, he resigned just before a trust vote, knowing he didn’t have the numbers.

The Speaker also disqualified MLAs Ramesh L Jarkiholi and Mahesh Kumathalli, both belonged to the Congress and had resigned earlier this month.