Here’s the truth behind this picture of Donald Trump | Newsmobile
Saturday, December 10, 2022

A picture of US President Donald Trump is making rounds on social media in which he can be seen holding an official document that has an image of BR Ambedkar on the left and the text ‘jai bhim’ with Trump’s signature on the right side.

According to the text written on the picture, Donald Trump has been influenced by the ideas of Dr BR Ambedkar and had adopted Buddhism. 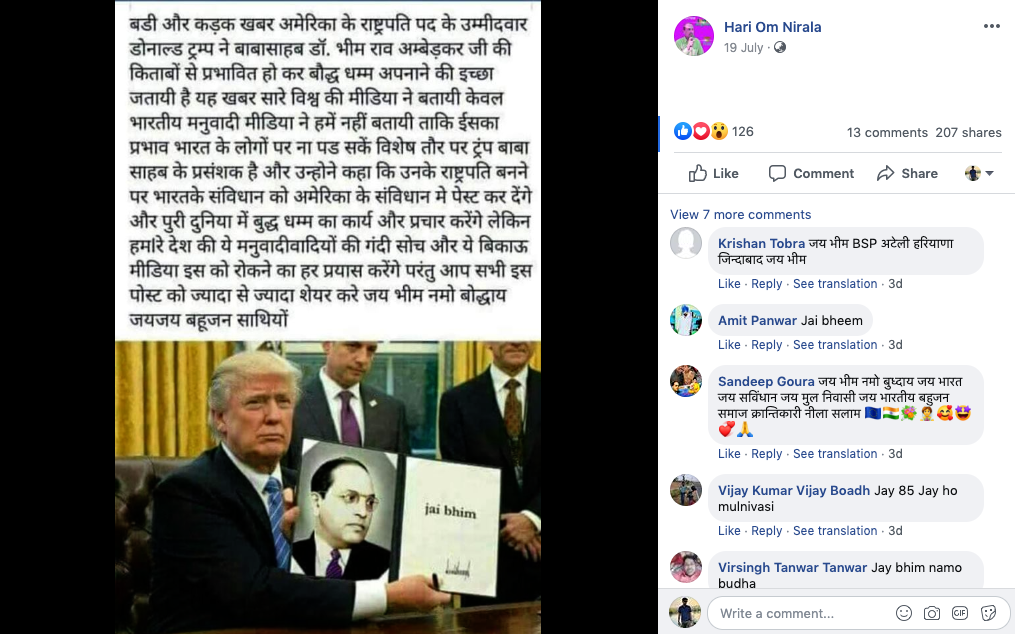 We found the picture to be manipulated using photoshop software. On putting the picture through Reverse Image Search, we came across an article in Washington Post which featured a similar picture of Trump holing a document but it didn’t have the picture of BR Ambedkar. 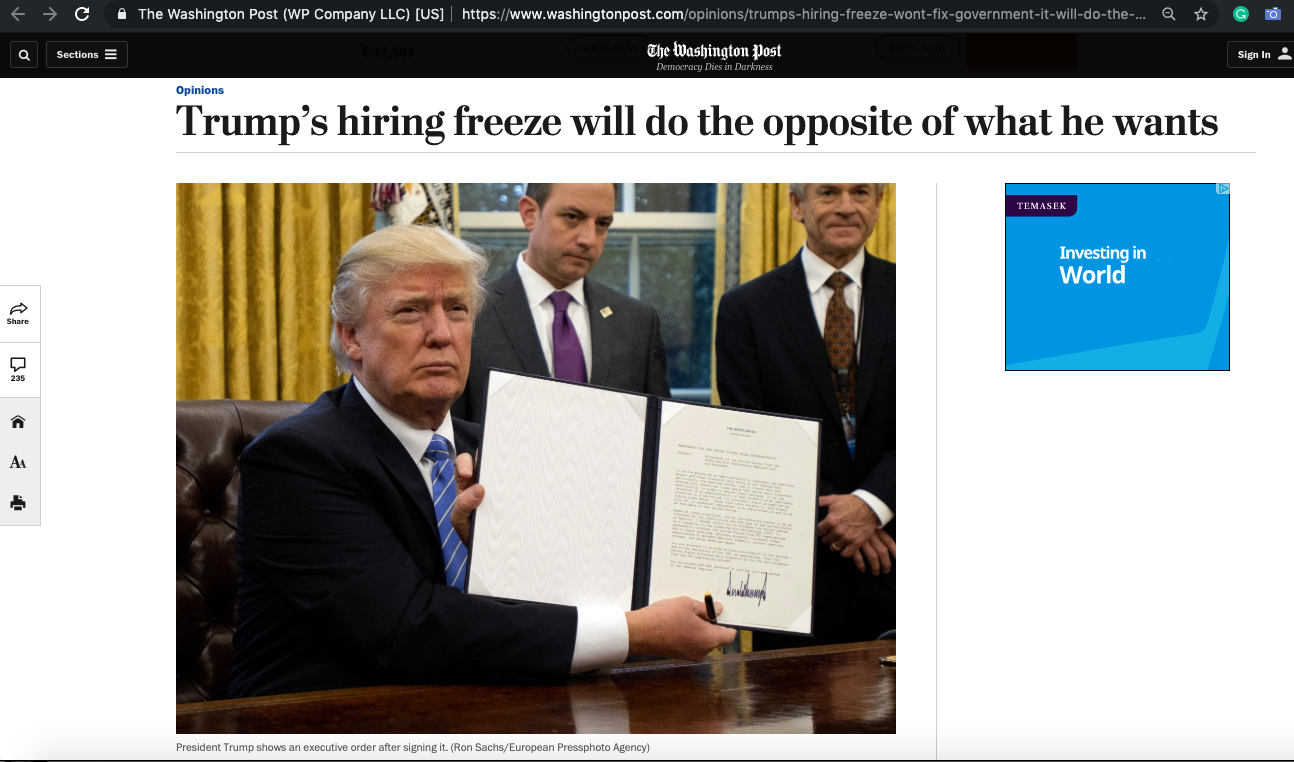 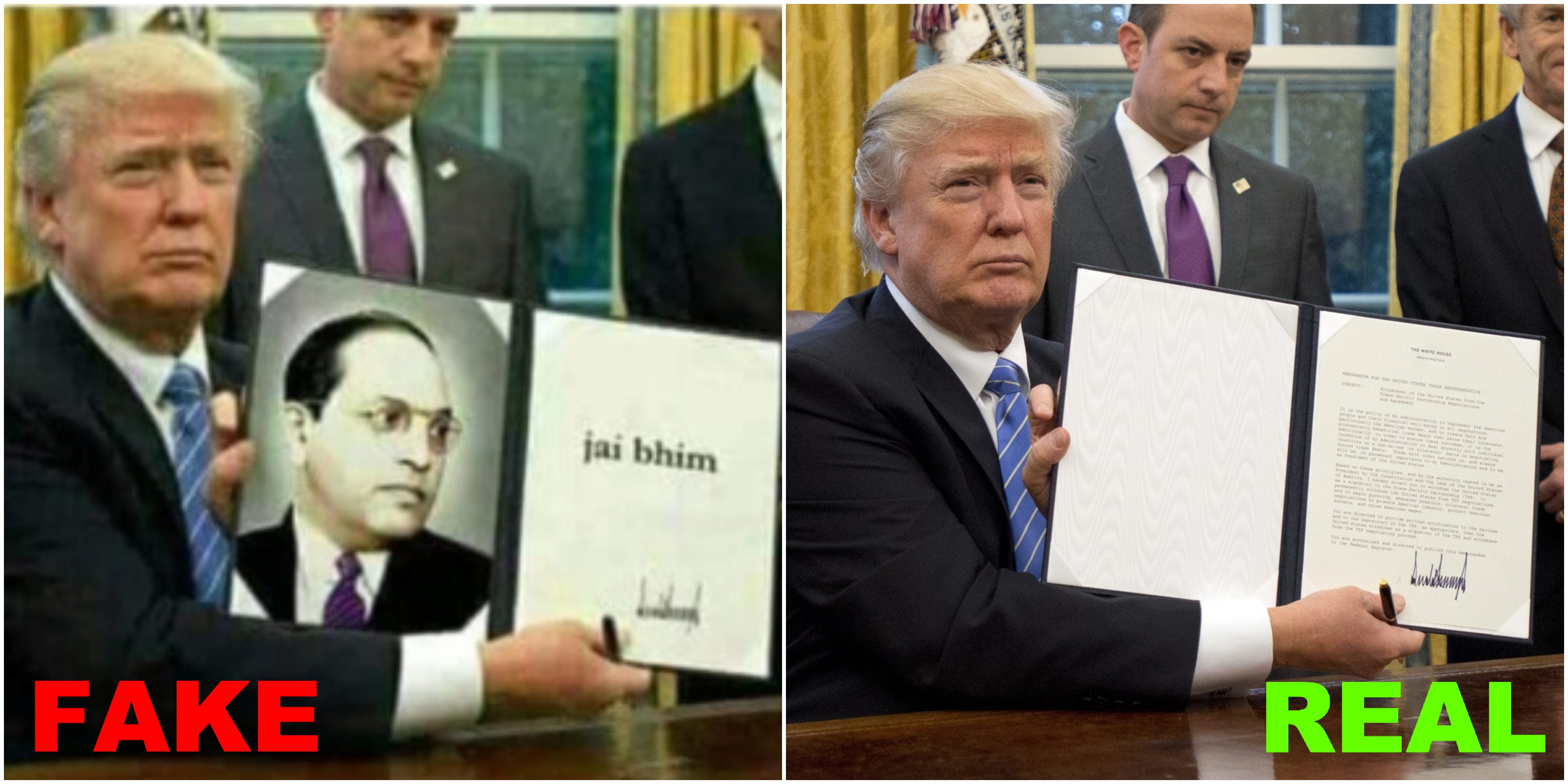 In the above FAKE vs REAL collage, it is clear that the Real picture has been morphed.