A video has surfaced on the internet in which a man can be heard misbehaving and abusing cops. It has been claimed that the man in the video is Ajitesh Kumar, who married the daughter of BJP MLA from Bareilly.

Ajitesh Kumar and his wife Sakshi Mishra made headlines after they posted a video accusing threat to their life from Sakshi’s father because of their marriage.

In the viral video, the man who is claimed to be Ajitesh can be seen abusing and threatening the cops. 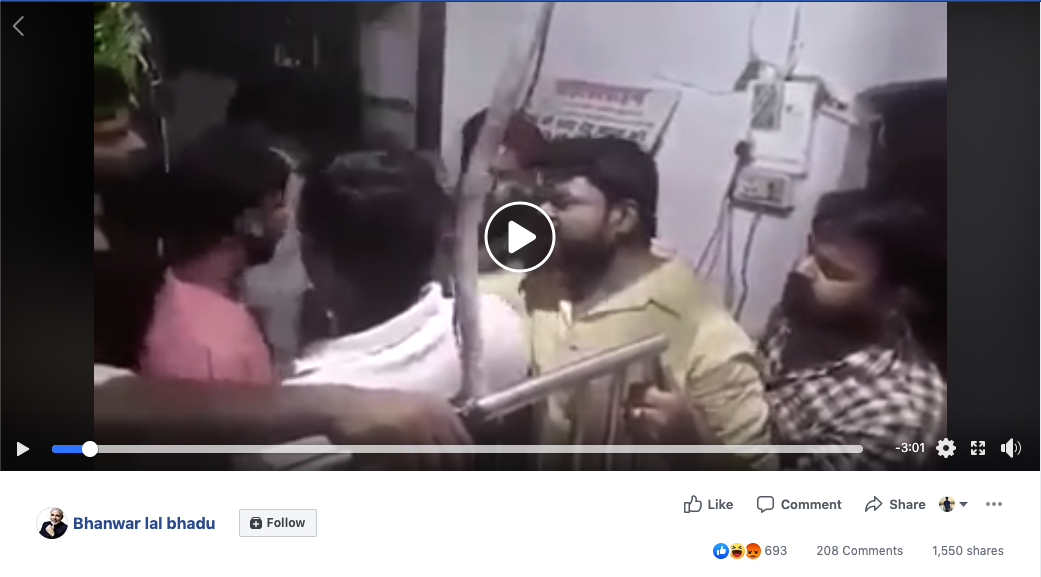 (Translation: This is Sakshi Mishra’s innocent husband who is, right now, trembling in fear. Oh, we forgot to tell you that he is a Dalit. May God grant such husbands to the daughters of everyone who thinks he is an innocent man)

*Use of strong language in the following video, Viewers’ discretion is advised*

At the time of filing this report, the above video was shared by over 1,500 Facebook users.

NewsMobile fact-checked the above video we found that the man in the video is not Ajitesh Kumar.

On putting the keyframes of the video through Reverse Image Search, we found that the man in the video is Samajwadi Party leader Vaibhav Gangwar.

We came across several news articles from September 2018 according to which Gangwar was booked by the Bareilly police under a land dispute earlier and later he had created a ruckus at the police station. 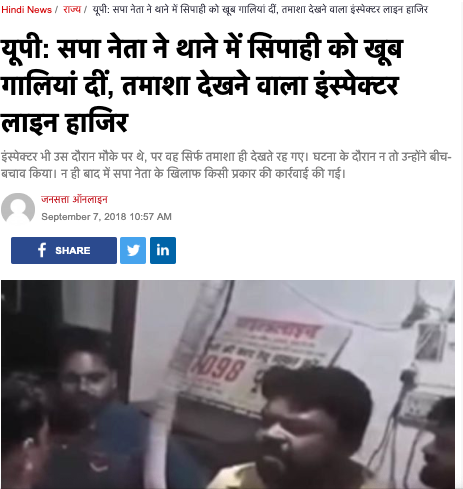 The above information proves that the claim attached with the viral video is false.