Days after 14 people were killed after a building was collapsed in Mumbai’s Dongri, a video has surfaced on the internet in which a building can be seen collapsing, claiming that it was from the same incident which took place in Dongri.

When NewsMobile fact-checked the above post we found that the claim attached to it is false.

We came across a news article on NDTV dated September 21, 2013, which had carried the same video. The headline read: “Caught on camera: Four-storey building collapses in Thane. 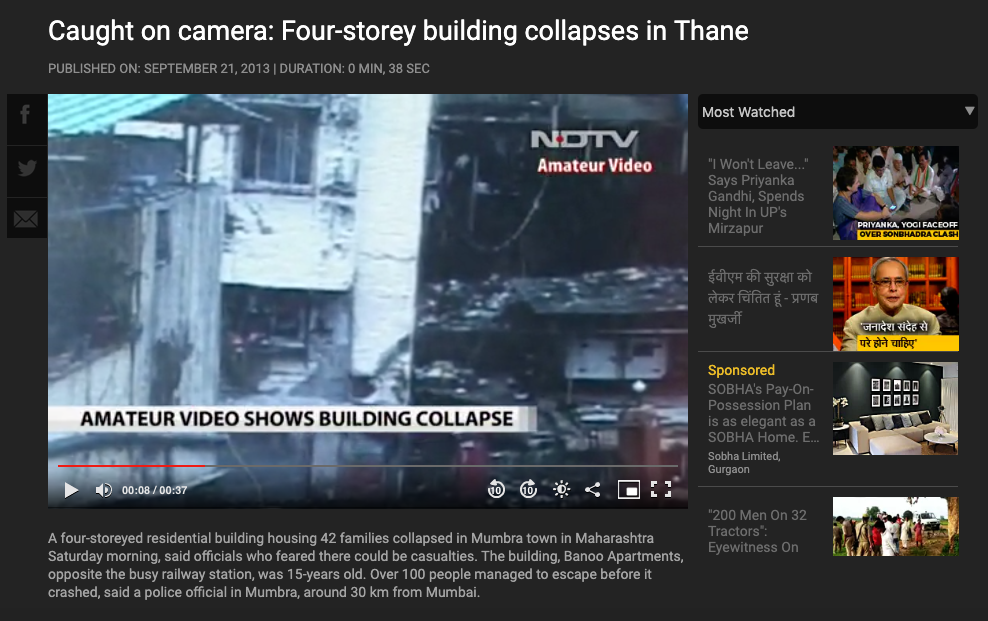 Hence, the above information proves that the video is being shared with a false claim.