New Delhi: In the midsts of the ongoing political feud in Karnataka, the Supreme Court in its order said that “the Karnataka Speaker cannot be forced to take a decision within a time frame.”

The apex court further said that “Karnataka MLAs not compelled to participate in the trust vote tomorrow.”

After hearing the matter on Tuesday, the Supreme Court passed the order on the petition of rebel Congress and JD(S) MLAs seeking a direction to the Karnataka Assembly Speaker KR Ramesh Kumar to accept their resignation and not proceed with the application for their disqualification.

Following the apex court’s verdict, Karnataka Speaker KR Ramesh Kumar said: “I will take a decision that in no way will go contrary to the Constitution, the Court and the Lokpal.” 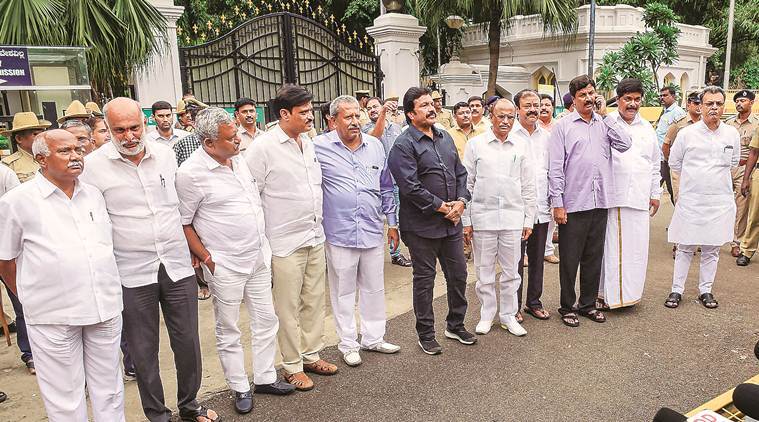 Appearing on behalf of the rebel legislators, senior counsel Mukul Rohatgi said, “In view of Trust Vote kept for tomorrow, SC has said two important things- 15 MLAs will not be compelled to attend the House tomorrow. All 15 MLAs are given the liberty that may or may not go to the House tomorrow.”

“The three-line whip issued against them (rebel MLAs) to attend the House tomorrow is not operative in view of the SC judgement. Secondly, the Speaker has been given time to decide on the resignations as and when he wants to decide,” Rohatgi added.