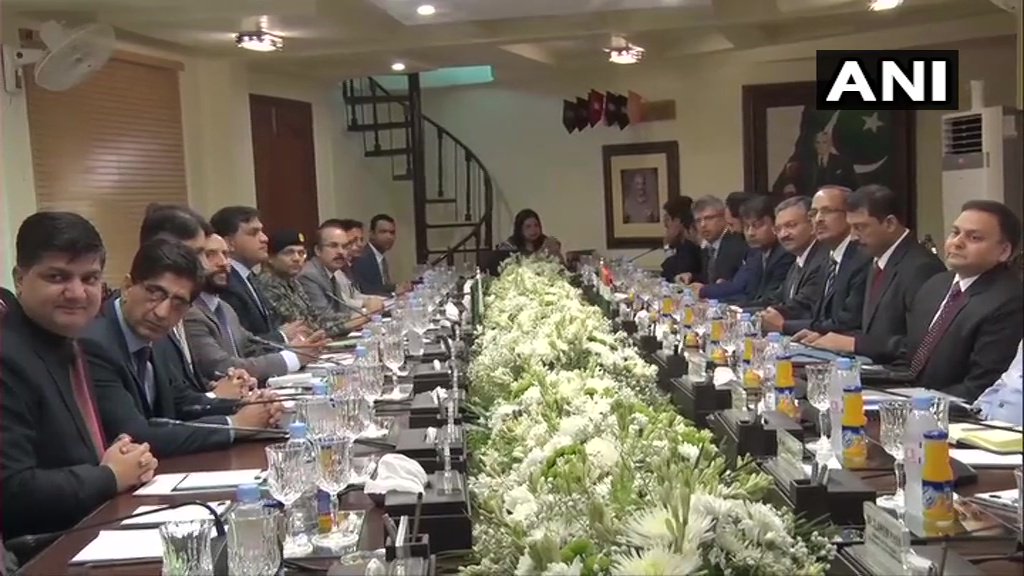 Officials from India and Pakistan on Sunday began the second round of talks over finalising the modalities of the Kartarpur corridor, on the Pakistani side of the border.

The Pakistani delegation, led by Dr Mohammad Faisal- a spokesperson for Pakistan Ministry of Foreign Affairs, will show a powerpoint presentation to the Indian side.

“It is the second round Kartarpur corridor talks as promised by Pakistan Prime Minister Imran Khan. Pakistan is fully committed and cooperating to operationalise the Kartarpur Corridor. Work from our side is underway in an expeditious manner.

More than 70% of the Gurudwara construction work has been completed. We hope to have a productive discussion with the Indian counterparts,” Faisal told reporters ahead of the talks.

New Delhi is looking forward to the upcoming talks with Islamabad and will take up a number of key issues, including infrastructure, pilgrims’ movement, and safety, government sources had said on Friday.

ALSO READ: PM Modi to visit US to attend UNGA in September

One of the main points expected to be raised in the discussion would be India’s demand for the construction of a bridge by Pakistan in the creek area.

India has raised concerns regarding the possible flooding of Dera Baba Nanak due to the construction of an embankment-filled road on the Pakistani side.

While India has already been building a bridge on its side to provide all-weather connectivity for the Kartarpur corridor, it has urged Pakistan to build a similar bridge on their side as it would provide safe and secure movement of the pilgrims while also addressing concerns over flooding.

Additionally, India will spend Rs 500 crore to build the corridor. The money would be spent, among other things, on installing a high tech security and surveillance system to ensure the safety of pilgrims and creating an all-weather facility to cater to 10,000 pilgrims on special occasions and 5000 pilgrims on a daily basis.

The Kartarpur route along the India-Pakistan border is three kilometers away from Gurdaspur in Punjab. Once opened, it would allow Sikh pilgrims direct access to the historic Gurdwara Darbar Sahib in Kartarpur in Pakistan, where Guru Nanak Dev passed away in 1539.

“We are hopeful that the work on these two projects will be completed in time – one by September 2019 and the other by October 2019. So reports, which say that that we are slow in terms of finishing our projects, are not the correct depiction,” Ministry of External Affairs spokesperson had said last week.