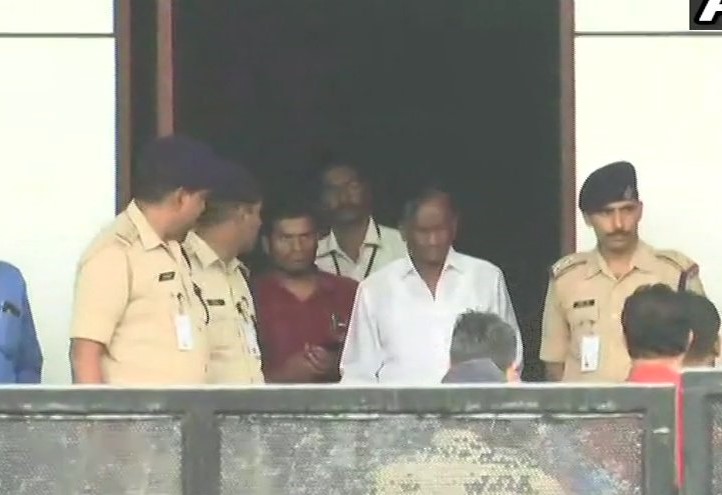 Congress rebel MLA MTB Nagaraj who appears to be persuaded by the party on Saturday and raised hoped for the troubled Congress-Janata Dal (Secular) coalition by hinting he may take back his resignation, was continued to flip-flop the sides on Sunday.

Nagaraj again arrived at Renaissance Hotel in Mumbai on Sunday where other lawmakers are staying.

This comes a day after Nagaraj had softened his stand and agreed to withdraw his resignation after meeting party leader and former Chief Minister Siddaramaiah.

The Congress party has also called a meeting of the legislature party on Monday. This meeting comes ahead of BJP’s demand for a trust vote in the state Assembly on Monday.

Congress leader and former Karnataka chief minister Siddaramaiah told news agency ANI on Sunday that the meeting will be held before the start of the Assembly session tomorrow.

On July 11, the dissident MLAs returned to the hotel after meeting Karnataka Assembly Speaker KR Ramesh Kumar in Bengaluru.

The Supreme Court had directed them to meet the Speaker and resubmit their resignations afresh.

In a twist to Karnataka political stalemate, the apex court on July 12 had ordered a status quo until July 16 on a plea filed by 10 dissident MLAs of Congress and JD(S) seeking a direction to the Assembly Speaker to accept their resignation and not proceed with the applications for their disqualification.