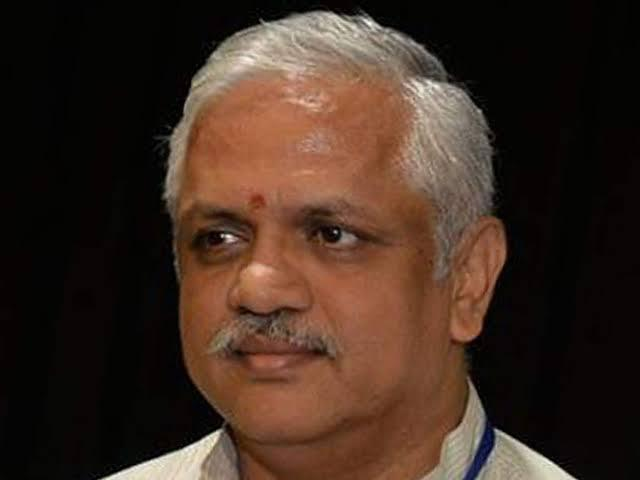 Ramlal, who earlier held the post, was yesterday sent back to the Rashtriya Swayamsevak Sangh (RSS) and appointed as its ‘Akhil Bharatiya Sah Sampark Pramukh’. 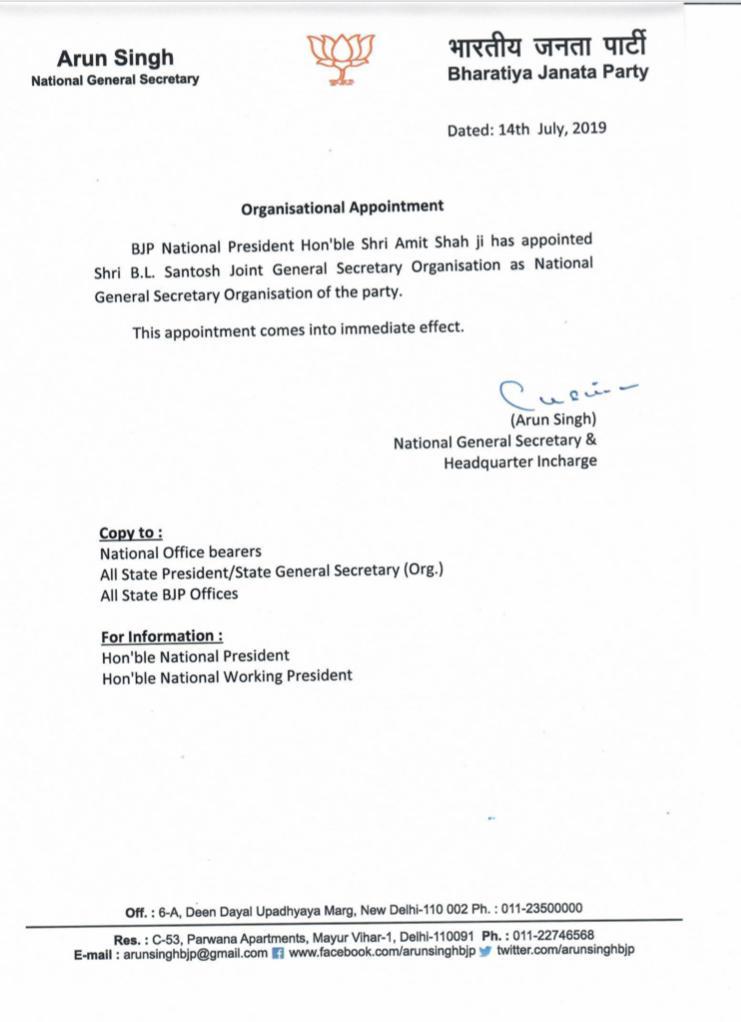 Ram Lal has been the longest serving General Secretary (Organisation) in the BJP with four Joint General Secretaries under him – V Satish, Saudan Singh, Shiv Prakash and B. L Santhosh, who has now been promoted.

The post of General Secretary (Organisation) in BJP is held by a “pracharak” deputed by the Rashtriya Swayamesvak Sangh who acts as a bridge between the two organisations.