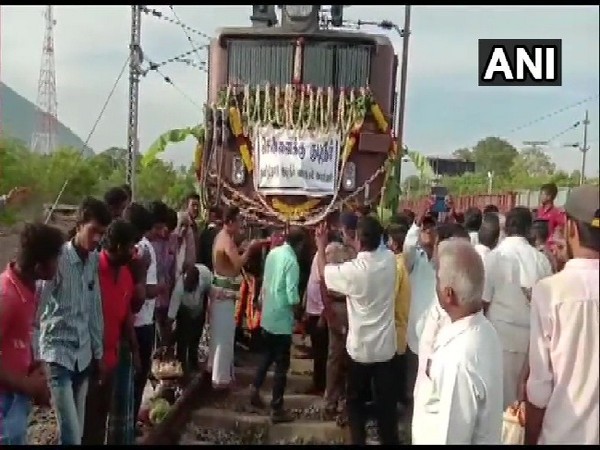 The first train carrying 50 wagons of water has reached Chennai on Friday afternoon.

50 wagons of water with capacity of 54,000 litres is scheduled to reach Villivakkam near Chennai by today afternoon. Each wagon can carry only 50,000 litres of water. On each trip, the train will carry 25 lakh litres of water and a total of four trips per day will be made. Each trip will cost the the state government Rs 8,40,000. The Chief Minister had sanctioned a fund allocation of Rs 65 crore for the entire project.

The train has embarked on this journey after several delays that pushed the deadline three days later than expected.

According to reports, A 3.2 km pipeline connecting Mettusakkarakuppam to the railway yard in Jolarpet was being prepared by the TWAD Board authorities.

As per the announcement by Tamil Nadu Chief Minister E Palaniswami, logistics and ground checks have been done to bring water from Jolarpet to Chennai by train.

The work was started for the past two weeks and officials had worked day and night to bring in water from Jolarpet to Chennai through the train.

In June, Tamil Nadu Chief Minister, Edappadi Palaniswami, rejected Kerala’s offer to send water and later announced that Chennai will be getting water from other neighbouring districts.