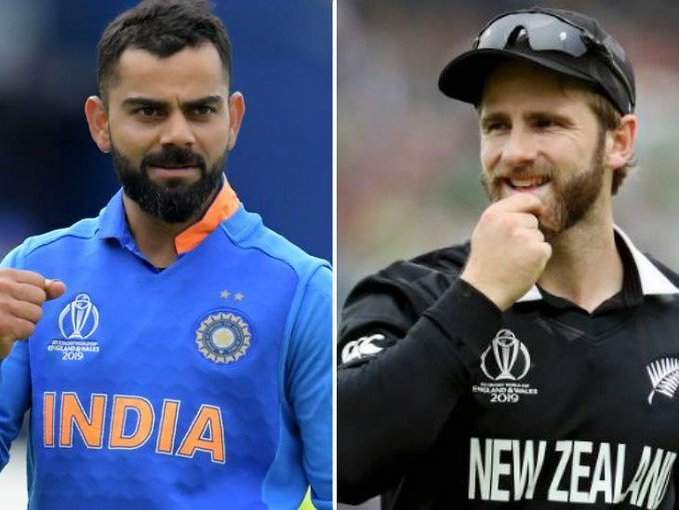 Virat Kohli and Kane Williamson, once Under-19 captains of their national teams, have a come long way since leading their respective sides in the 2008 U-19 World Cup.

Virat Kohli and Kane Williamson are not new to facing each other on a big stage as they had earlier met during the 2008 U-19 World Cup semi-final in Kuala Lumpur.

11 years ago, #ViratKohli and #KaneWilliamson faced off in the ICC U19 World Cup semi-final in Malaysia.

On Tuesday, they will lead India and New Zealand in the #CWC19 semi-final at Old Trafford!

Both going to face off each other in 2019 Odi world cup semifinal, again as captains of their respective countries. #INDvNZ pic.twitter.com/Y6IP91U0QJ

India had defeated New Zealand by 3 wickets (D/L method) during the 2008 U-19 World Cup. Kohli led India to the title thereafter. Not just the captains, but U-19 World Cup semifinal also featured Trent Boult, Tim Southee, and Indian all-rounder Ravindra Jadeja – all three who are very much in the squad this time as well.

On Tuesday, with the World Cup 2019 final berth at stake, both Kohli and Williamson will expect their sides to put their best foot forward.

Interestingly though, India have never beaten New Zealand in a World Cup match in England.