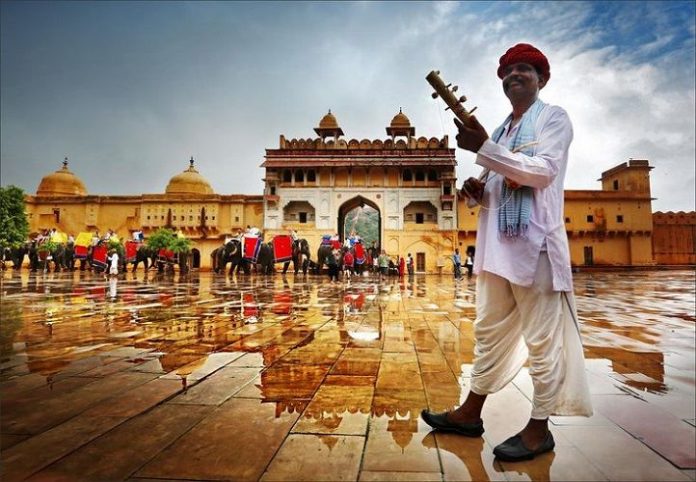 UNESCO on Saturday announced that ‘Pink City’ Jaipur has made it to the list of World Heritage site.

UNESCO put out a statement on their official website explaining why the city has been
added to their World Heritage list.

Here’s why #Jaipur has been declared a #WorldHeritage site by @UNESCO, as published on their website https://t.co/2b5NWePa0u pic.twitter.com/Uq1o3jSuJT

“The fortified city of Jaipur, in India’s northwestern state of Rajasthan was founded in 1727 by Sawai Jai Singh II. Unlike other cities in the region located in hilly terrain, Jaipur was established on the plain and built according to a grid plan interpreted in the light of Vedic architecture.

“Markets, stalls, residences and temples built along the main streets have uniform facades. The city’s urban planning shows an exchange of ideas from ancient Hindu and modern Mughal as well as Western cultures.

The grid plan is a model that prevails in the West, while the organization of the different districts refers to traditional Hindu concepts. Designed to be a commercial capital, the city has maintained its local commercial, artisanal and cooperative traditions to this day,” the statement added.

The historic city is the capital of Rajasthan and is a popular tourist destination. Some of the famous tourist places in the city include – Hawa Mahal, Amber Palace, Jantar Mantar amongst others.