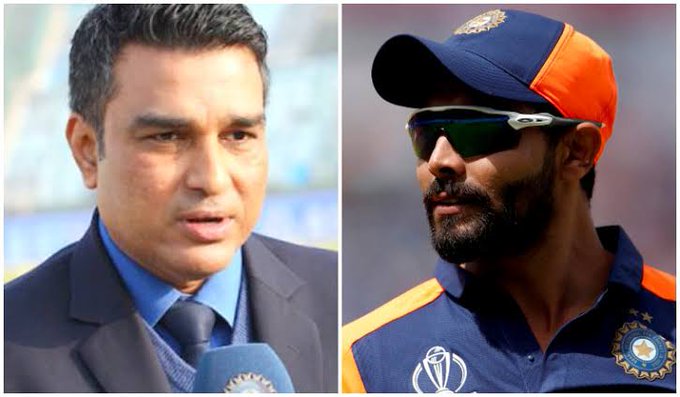 Post India’s defeat against England in Birmingham, India’s batting coach Sanjay Bangar hinted that Jadeja might play against Bangladesh. When the former cricketer and commentator was asked about all-rounder’s selection, he replied “I am not a big fan of bits and pieces players, which Jadeja is at this point of his career in 50-over cricket. In Test matches, he is a pure bowler. But in 50-over cricket, I would rather have a batsman and a spinner,”

Still i have played twice the number of matches you have played and i m still playing. Learn to respect ppl who have achieved.i have heard enough of your verbal diarrhoea.@sanjaymanjrekar

However, the all-rounder couldn’t bear the insult and lashed at the commentator for his criticism. He took to Twitter and hit back at Manjerekar by saying “Still I have played twice the number of matches you have played and I m still playing. Learn to respect ppl who have achieved.i have heard enough of your verbal diarrhoea.”

Manjerekar has always been in the limelight because of his controversial statements. He has also faced a lot of criticism from the fans as well as the cricketers. On the other side, despite not playing a single match for India in the ICC Cricket World Cup 2019 Jadeja created a lot of buzz because of his outstanding fielding and stunning catch against England.

India have already qualified for the semi-finals and Jadeja might get a game in the dead-rubber against Srilanka.