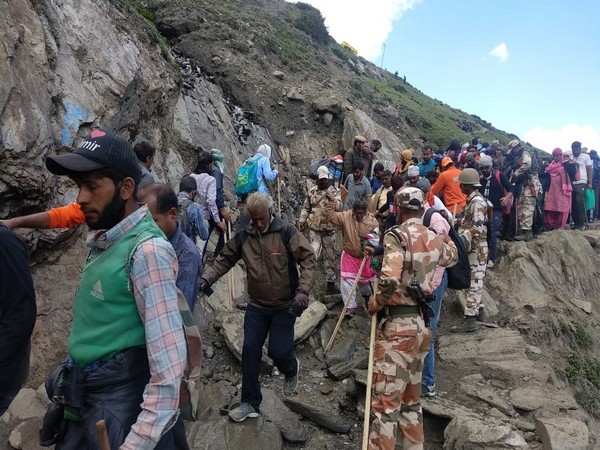 Over 25 pilgrims who were suffering from breathlessness have been administered oxygen on Thursday at 12,000 feet by Indo-Tibetan Border Police (ITBP) personnel here.

According to the police, the pilgrims were on the Baltal route of Amarnath Yatra.

ALSO READ: Jagannath Yatra: Celebrate this holy day with these photos from Puri

In another incident, at least 15 pilgrims en-route to Baltal Axis were administered oxygen by the ITBP personnel on Wednesday.

The 46-day-long yatra began on July 1, the day of Masik Shivratri, and will conclude on August 15, the day of Shravan Purnima.

Situated at an altitude of 3,888 m, the Amarnath cave is considered as one of the holiest shrines for Hindus. The Yatra takes place from the traditional 36-km Pahalgam track in Anantnag district and 14-km Baltal route in Ganderbal district.

The holy cave remains open during this period and it attracts lakhs of pilgrims every year.