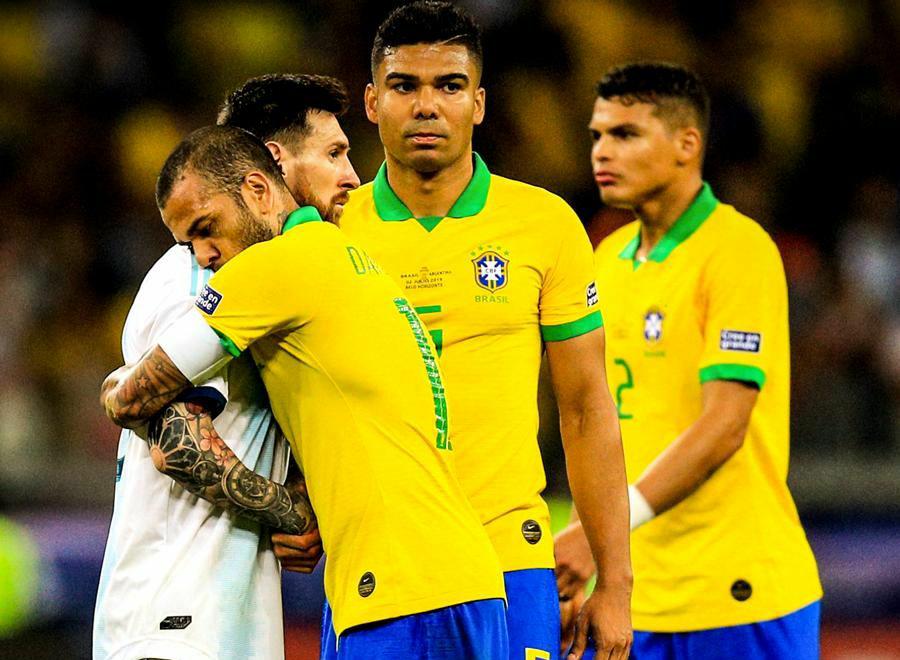 An international accolade once again eluded Lionel Messi as Brazil defeated Argentina 2-0 in the semi-finals of Copa America on Tuesday (local time).

Brazil came out all guns blazing at the start of the match as the team looked to make attacking moves within the first ten minutes.

Argentina’s Nicolas Tagliafico was handed a yellow card in the ninth minute of the match as he made a bad tackle towards Brazil’s Gabriel Jesus.

Brazil finally opened the scoring in the 19th minute of the match as Jesus netted the ball into the goal post. He converted a low cross from Firmino to give Brazil a 1-0 lead. The goal came as Dani Alves did exceptional work as he skipped past two challenges.

Argentina’s Messi had a disappointing first thirty minutes of the match as he was not able to get into the match. The player looked perplexed and was not able to make any kind of attacking move.

Argentina came close to getting an equaliser in the 30th minute, but Sergio Aguero was denied by the woodwork. Messi slipped a cross into Brazil’s half and Aguero looped a header towards the net, but it hit the bar and deviated towards a Brazil player.

Brazil’s Dani Alves and Argentina’s Marcos Acuna were handed yellow cards before half-time. Brazil maintained their cool and they went into the half time with a 1-0 lead.

In the second half, Argentina looked to play with more intent and they build a solid chance in the 52nd minute of the match but they were not able to convert it into the goal.

Messi finally came into his own in the 57th minute as he made an exceptional move but his antics were denied by the goalpost. The forward latched on to a blocked shot from Lautaro Martinez and hammered a left-foot volley towards the net. However, his effort crashed off the goalpost.

Brazil’s Robert Firmino scored in the 71st minute to give the team a 2-0 lead. This goal gave Brazil all the impetus and they clearly gained an upper hand in the match. Firmino produced a brilliant run in Argentina’s half. Jesus kept his footing under pressure releasing the ball to Firmino and Firmino did not disappoint as he registered a goal.

Argentina was not able to create any sort of pressure after going 0-2 down, and in the end, Brazil sealed a comfortable victory.

Brazil will take on the winner of Chile-Peru match in the finals of the tournament on Sunday, July 7.