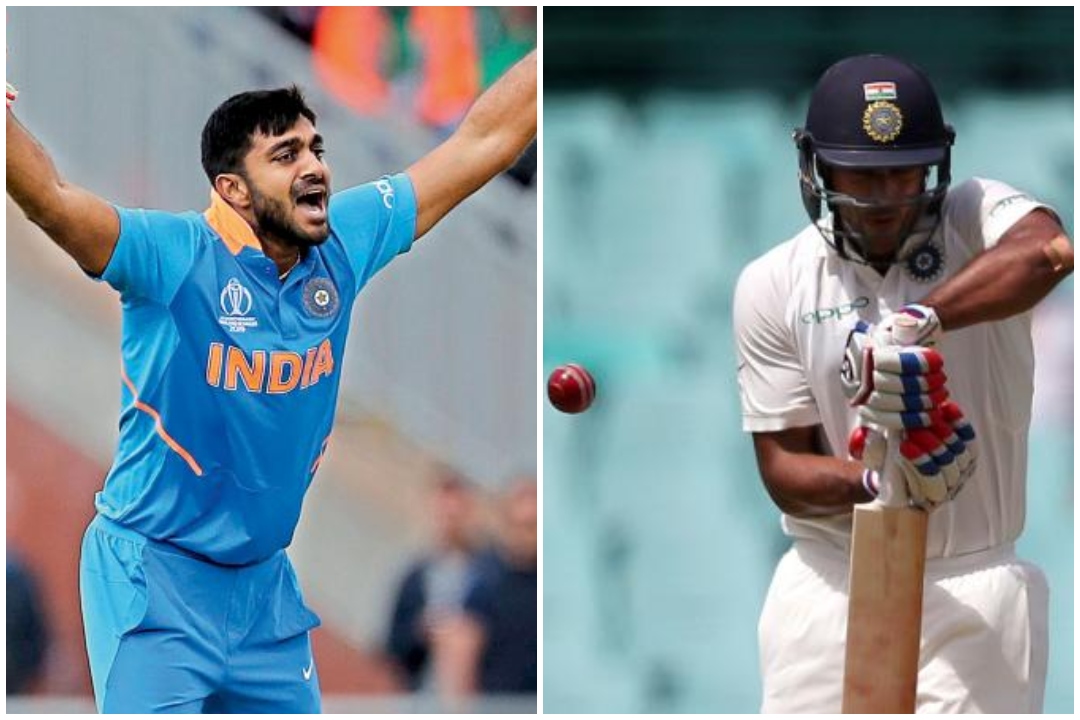 Indian all-rounder Vijay Shankar was Monday ruled out of the ongoing World Cup due to a toe injury and is likely to be replaced by Mayank Agarwal.

Karnataka opener Agarwal, 28, who made his Test debut against Australia last year, has not yet played in the ODI format.

“Vijay got hit on the toe by a Jasprit Bumrah delivery once again. His situation is not great and he won’t be able to take part in the tournament. He is going back home,” a a senior BCCI official told PTI.

“The Indian team management is likely to ask for Mayank Agarwal as replacement since he is an opener and also it might give KL Rahul a chance to get back to the No.4 position in case Rishabh Pant fails in the next two games,” the source added.

In fact, Rohit Sharma had mentioned Shankar’s injury but it was presumed to be an old hit that he took at Southampton.

It is expected that Agarwal’s name will be approved by the ICC’s tournament technical committee and the player will arrive in Birmingham and travel to Leeds subsequently.

India lost their previous match to England by 31 runs here on Sunday and will take on Bangladesh at the same venue on Tuesday.