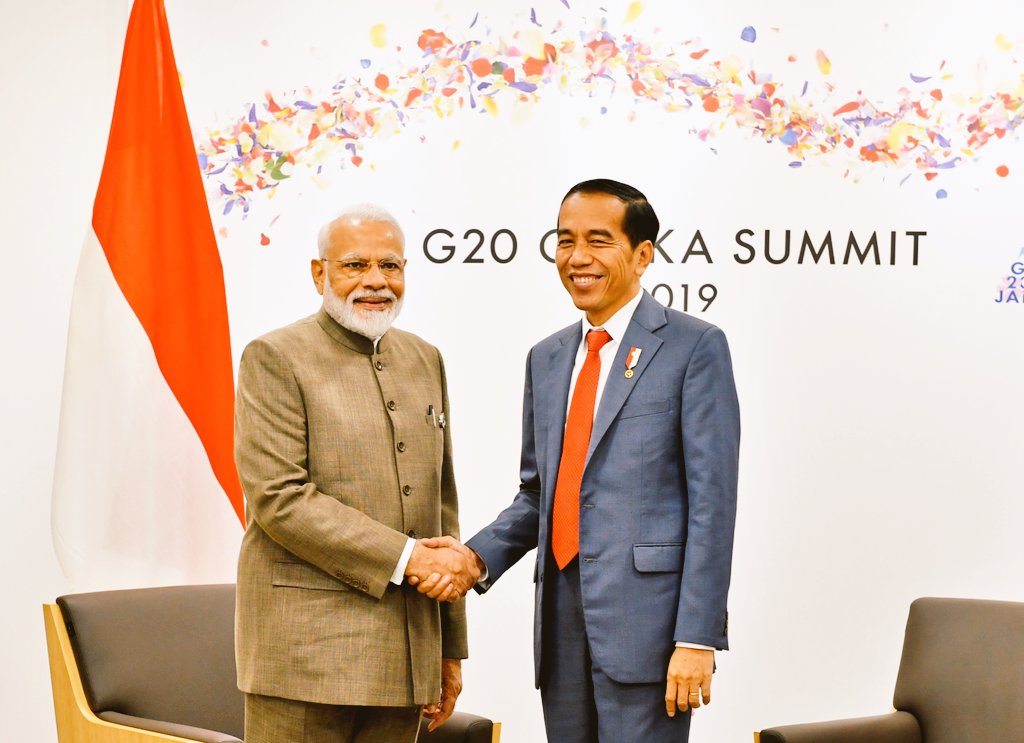 In the meeting, the Prime Minister extended hearty congratulations to the Indonesia President on his magnificent win for a second term in the April 17 presidential elections.

While Widodo also shared similar messages for Modi on his historic win for a second term as the Prime Minister of India.

A short while later, Modi also met Brazilian President Jair Bolsonaro on the sidelines of the summit.

The Prime Minister is further expected to participate in the leaders’ side event on women empowerment.

It should be recalled that both India and Turkey are facing a sanction threat by Washington over S-400 missile deal with Moscow.

Modi will participate in the closing ceremony of the summit likely to be held at around 1:45 (local time).