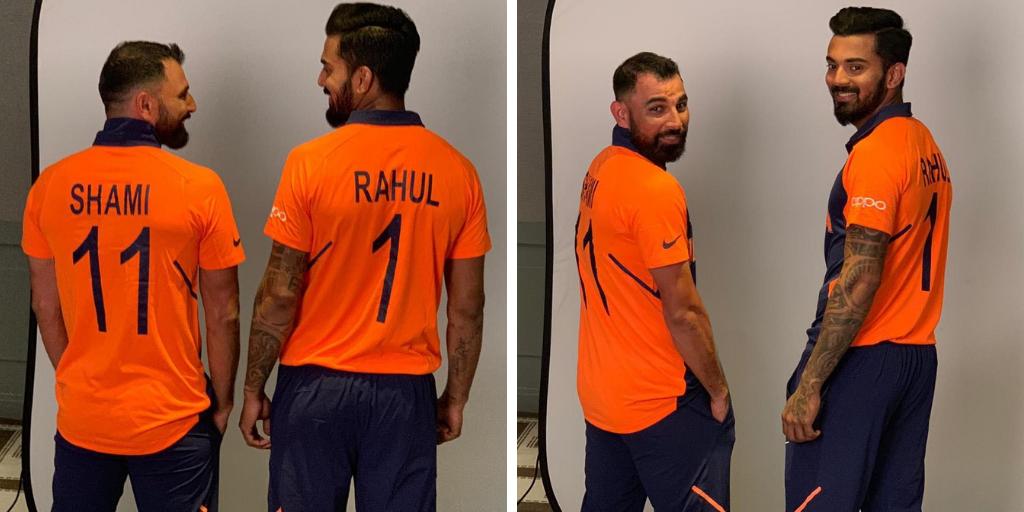 Orange is the new blue for Indian cricketers in their ongoing campaign at ICC Men’s Cricket World Cup. The team was seen sporting away jerseys ahead of their fixture against England.

After the BCCI revealed away jersey, several cricketers took to their social media accounts and shared their look in the new kit.

Legspinner Yuzvendra Chahal posted his look in the away jersey. “Ready to rumble in new jersey,” he tweeted.

Mohammad Shami took to Twitter and said he is ready for the next match. The paceman shared the backside of the jersey while standing next to opener KL Rahul.

“Readdy to next match in New Jersey,” Shami tweeted.

BCCI on Friday revealed the away kit, saying, “Presenting #TeamIndia’s Away Jersey What do you make of this one guys? #TeamIndia #CWC19.”

Before the commencement of the World Cup, the ICC introduced a new rule asking the teams to sport home and away jerseys in the tournament.

ICC rule reads, “For televised ICC events all participating teams will be required to provide for two different coloured kits, except for the host country who has preference in the choice of colour and may, if it chooses to do so, provide only one coloured kit to be worn in all matches throughout the event. In advance of the event, the teams will be notified which coloured kit will be worn in each match.”

India, who are the only unbeaten team in the ongoing premier tournament so far, will compete against the hosts at Edgbaston on June 30.