A picture has gone viral on social media in which Bollywood megastar Amitabh Bachchan alongside with his son Abhishek Bachchan can be seen lifting a bier. It was claimed that Bachchan lifted the body of one of his servants during his last rites who had passed away recently.

The caption with the picture read: “Servant who worked for 40years in Amitabh’s house passed away yesterday.
His body is carried by both Amitabh (Super Star 🌟 🌟🌟 Bollywood 🎥) & Abhishek …
money isn’t everthing… few people stand for human values.” 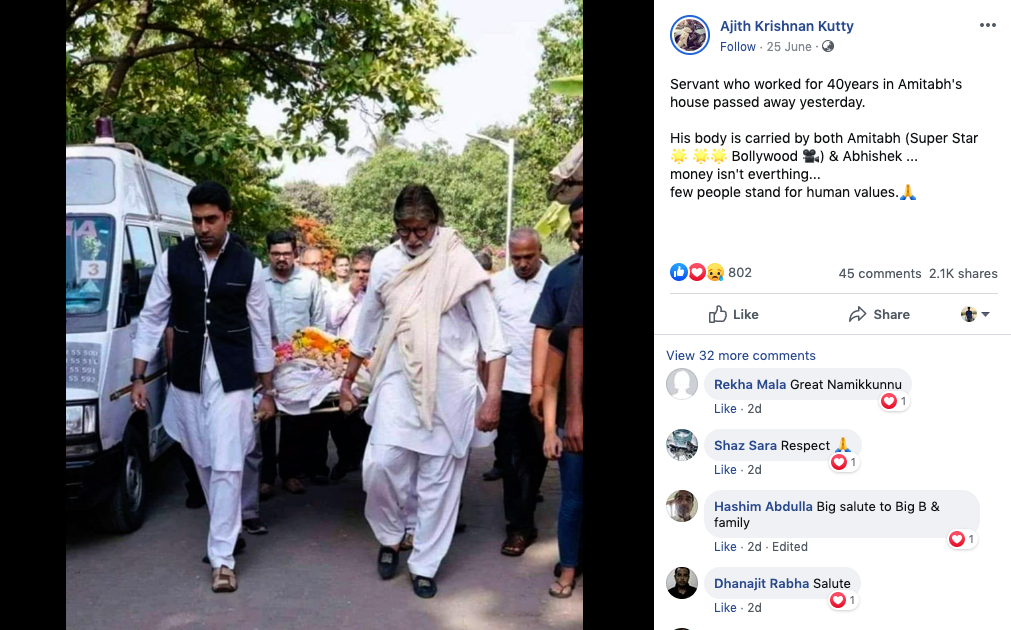 On putting the picture through Reverse Image Search, we found a blog written by Amitabh Bachchan himself on Tumbler where he had posted the picture. We found that the man who had passed away was not Bachchan’s servant, but he was his secretary, Sheetal Jain. 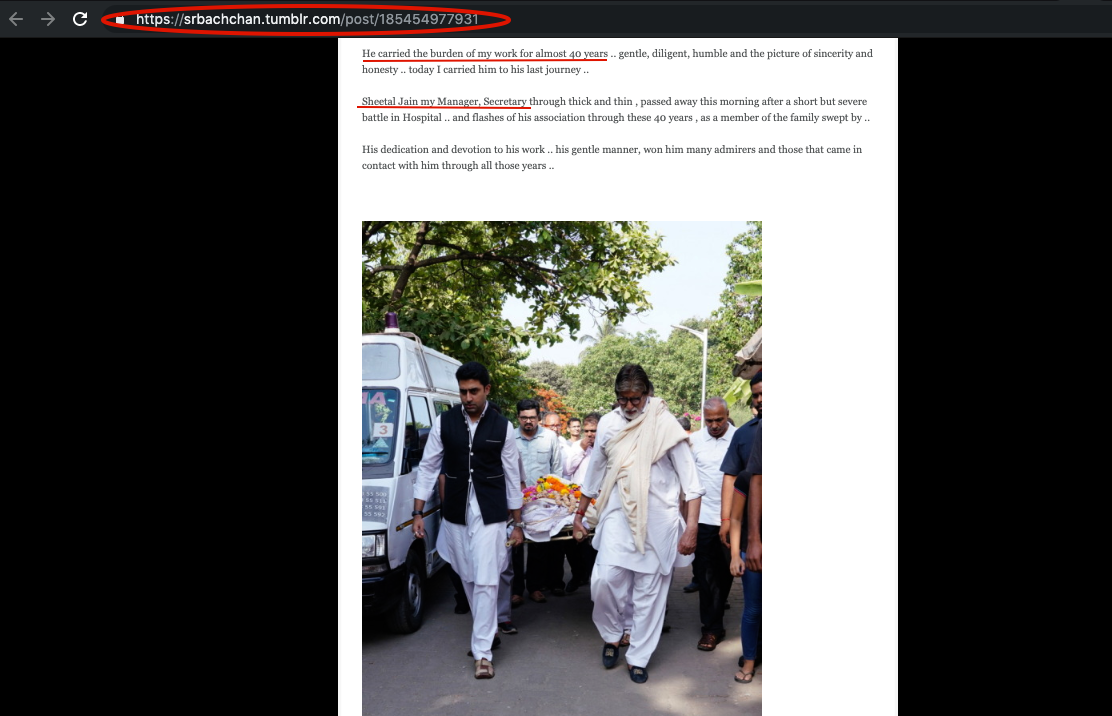 Hence, this proves that the viral post is misleading.