This girl in the viral picture is NOT Hardik Pandya’s sister; here’s the fact check | Newsmobile
Tuesday, December 6, 2022

A picture of Indian cricketer Hardik Pandya with a girl has surfaced on the internet with the claim that the girl in the picture is Pandya’s sister. 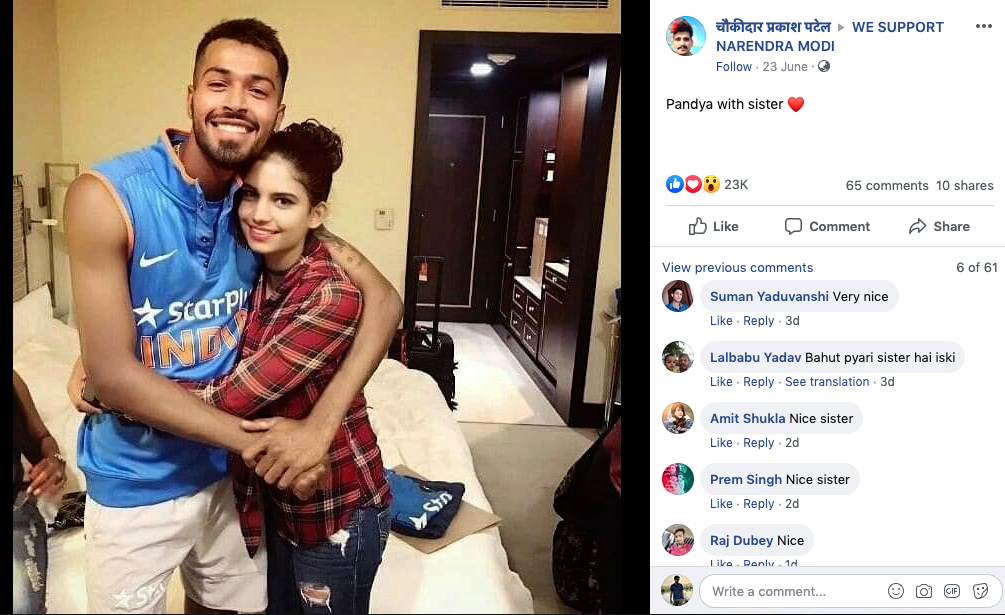 The caption with the picture read: “Pandya with Sister”

When NewsMobile fact-checked the above post, we found the claim to be FAKE, as the girl in the picture is not Hardik Pandya’s sister.

Firstly, when we looked into Hardik Pandya’s personal information, we found that he does not have a sister. He has an elder sibling, Krunal Pandya, who is also a cricketer and played for India.

When we dug further, we found that the girl in the picture is Srishti Chamola who is often clicked with cricketers. According to reports, she is the daughter of a businessman who had partnered with the former cricketer  Munaf Patel for a business deal.

She has been clicked with several other cricketers including MS Dhoni, Virat Kohli, Sachin Tendulkar, etc.

Hence, the above information proves that she is not Hardik Pandya’s sister.