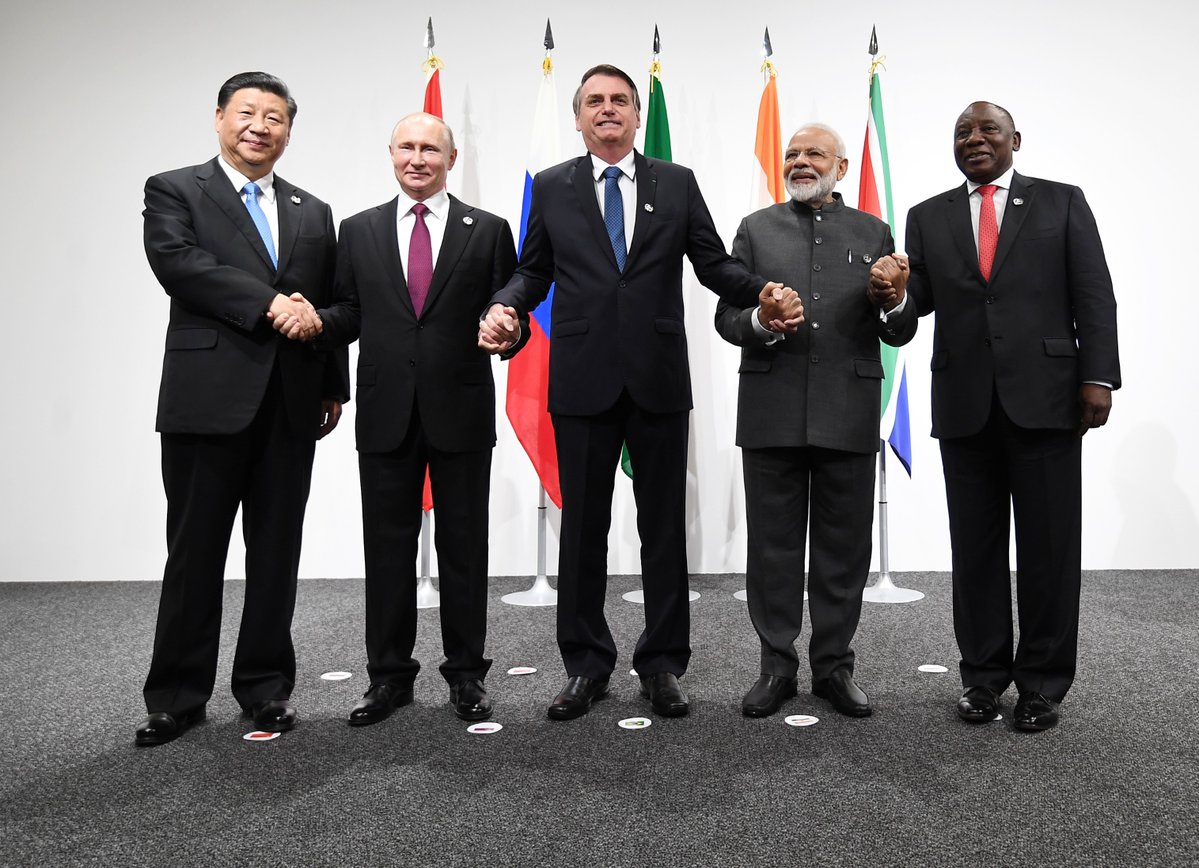 BRICS leaders on Friday stressed the importance of a favourable global economic environment for sustained growth of international trade, saying the world economic growth appears to be stabilising and is projected to pick up moderately later this year.

“However, the strengthening of growth remains highly uncertain, with rising trade and geopolitical tensions, commodity price volatility, inequality and insufficiently inclusive growth, and tighter financial conditions adding to the risk,” said a joint statement issued after the informal meeting of BRICS nations on the sidelines of G-20 Summit.

“International and domestic measures in these areas and others will contribute to sustainable and inclusive economic growth. We call for greater participation of developing countries in the global value chains. We recognise the importance of the interface between trade and the digital economy. We also affirm the role of data for development.”

The leaders said the World Trade Organisation (WTO) dispute settlement mechanism is an indispensable pillar of the multilateral trading system and the appellate body is essential for the proper and effective functioning of the organisation.

“We remain committed to the preservation of a functioning two-stage binding adjudication system for disputes in the WTO. Recalling the urgency of solving the impasse in the appointment of members of the WTO Appellate Body, we urge that the appellate body selection process be initiated immediately.”

The BRICS leaders said corruption, including illicit money and financial flows, and ill-gotten wealth stashed in foreign jurisdictions, is a global challenge which may impact negatively on economic growth and sustainable development.

“We will strive to coordinate our approach and encourage a stronger global commitment in this regard. We also recognise the need to strengthen cooperation, subject to domestic legal systems, in anti-corruption law enforcement, extradition of fugitives, economic and corruption offenders, and in recovering stolen assets.”

They added: “We reaffirm our commitment to support international cooperation in combating illicit financial flows, including cooperation within the Financial Actions Task Force (FATF), the World Customs Organisation and other relevant multilateral mechanisms.”