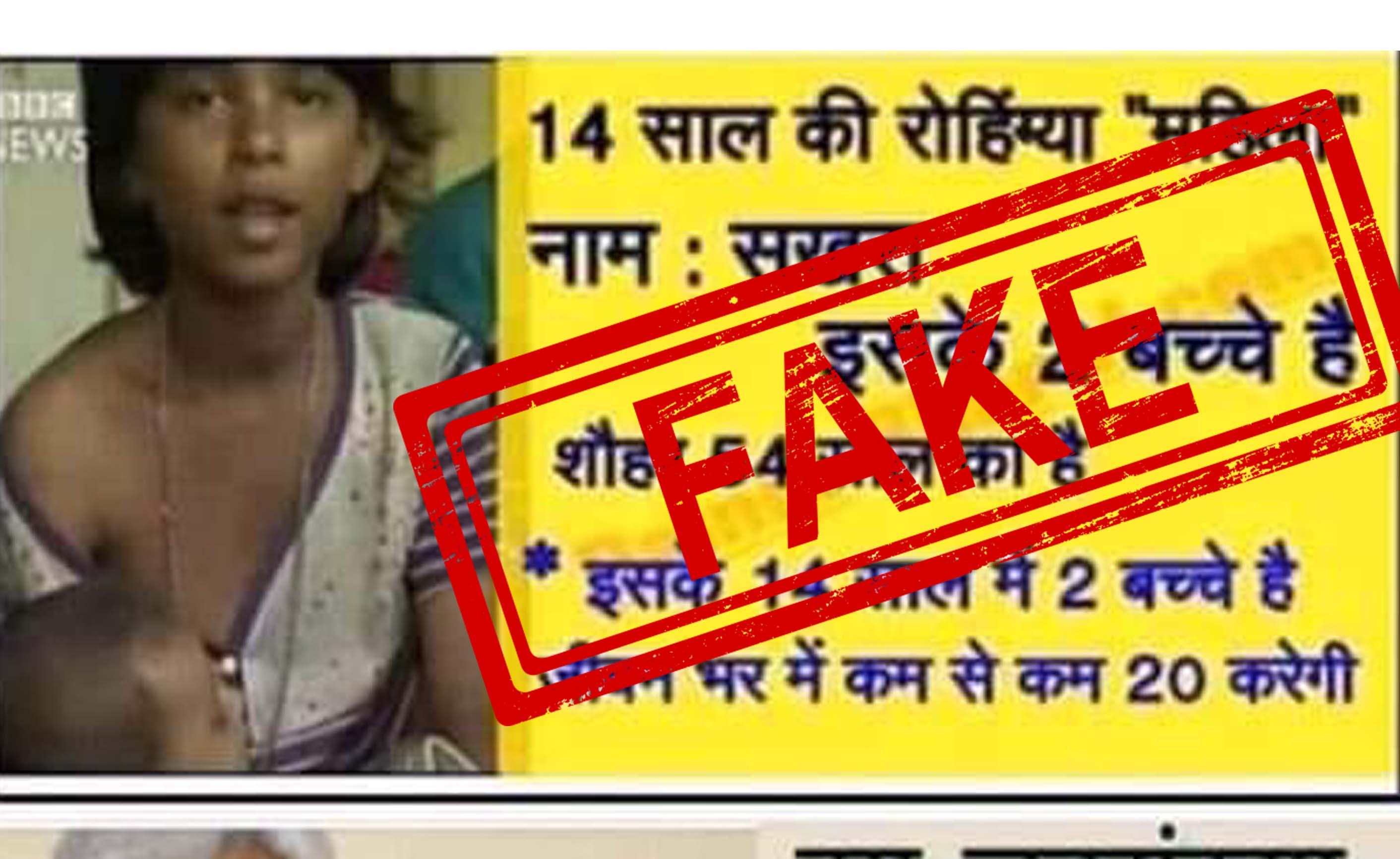 A picture post has surfaced on the internet in which a Rohingya girl holding a child in her lap can be seen and the text on the picture suggests that “the girl seen in the photo is a Rohingya girl named Sakhra. She is 14 years old and her husband is 54 years old. Sakhra already has 2 children and if she continues to give birth to babies with the same speed, she may give birth to 20 children in her lifetime.” 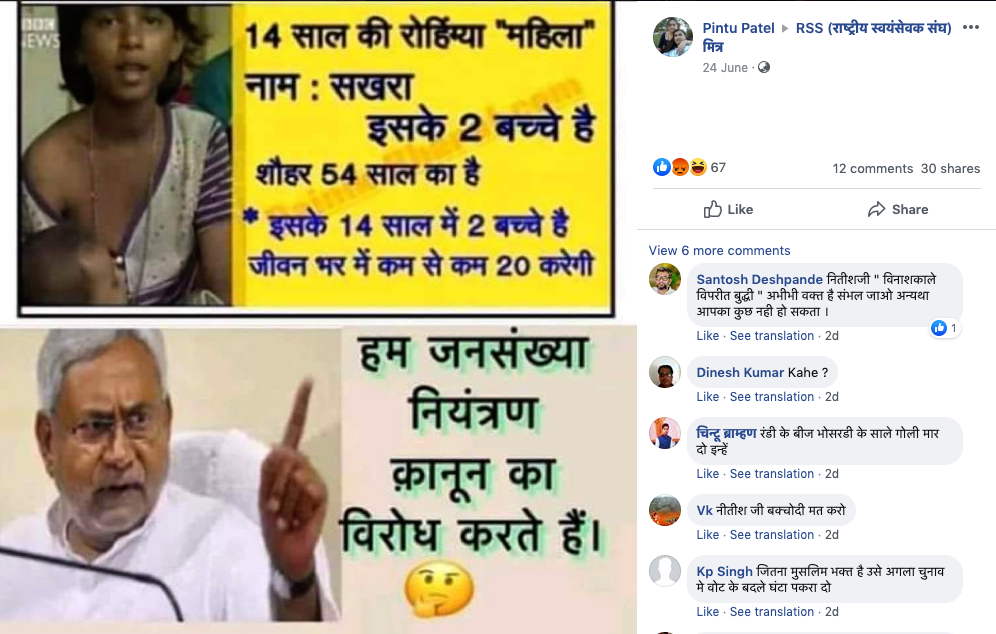 When NewsMobile fact-checked the above post we found it to be false.

On putting the girl’s picture through Reverse Image Search and keywords such as ‘Rohingya’, ‘Refugee’ etc, we came across a video by BBC News on their official YouTube channel which had featured the same girl in the above picture.

The video titled, In the jungle with Rohingya refugees feeling Myanmar, featured the girl and she can be seen at 2:09 counter and there was no description of the girl.

Hence, this proves that a FAKE story was created around the girl.