US would do everything to ensure India has adequate crude imports: Pompeo | Newsmobile
Wednesday, October 5, 2022

Home Home Slider US would do everything to ensure India has adequate crude imports: Pompeo 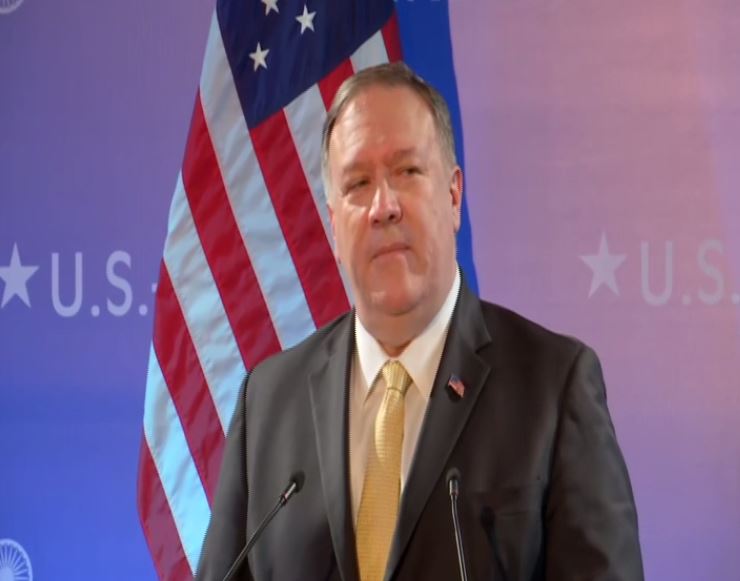 The United States appreciates India efforts to move away from purchasing Iranian and Venezuelan oil imports and will do everything to ensure that it has adequate crude supplies, US Secretary of State Michael Pompeo said on Wednesday.

“You [India] have made hard choices to cut off oil imports from Iran and move away from purchasing Venezuelan oil. We [the United States] know these decisions were not without cost. We are doing everything we can to ensure you have adequate crude imports. We appreciate your help in pushing these regimes (Iran and Venezuela) to behave like normal countries,” he said speaking at ‘India Policy Programme’ here.

In April, Washington had announced that no fresh sanction waivers will be issued for Iranian oil imports to eight countries, including India. Ever since the waivers have come to an end, the Indian oil companies are reportedly facing a tough time. It may be noted that besides Iran, the Trump administration has imposed various sanctions on Venezuela, aimed at forcing Latin American country’s interim President to transfer power to the nation’s opposition leader and National Assembly President Juan Guaido.

The Secretary of State is on a three-day visit to India. Earlier in the day, Pompeo held talks with External Affairs Minister S Jaishankar and Prime Minister Narendra Modi. In a joint press conference with Jaishankar after the talks, Pompeo had said that India and the United States would look for ways to sort out issues pertaining to trade and the S400 missile deal between New Delhi and Moscow.

“When I think about the two issues (trade and S400), I think of them as real opportunities; things that I know we can work together and will provide a foundation for a relationship (between the two countries),” Pompeo said.