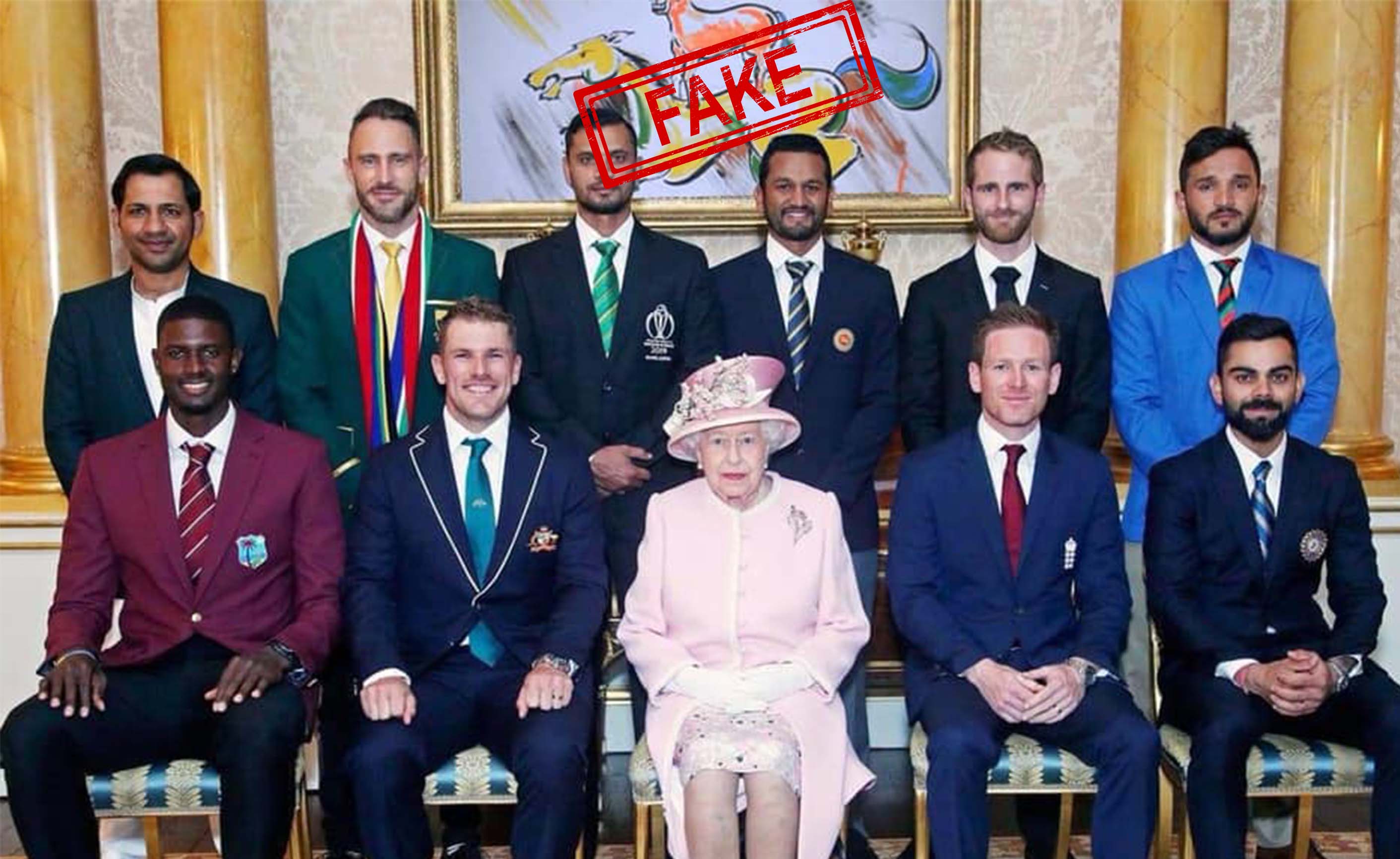 A picture has surfaced on the internet in which the captains of all the teams playing the 2019 ICC Cricket World Cup can be seen with British monarch Queen Elizabeth II. The amusing part was the portrait in the background of the picture. 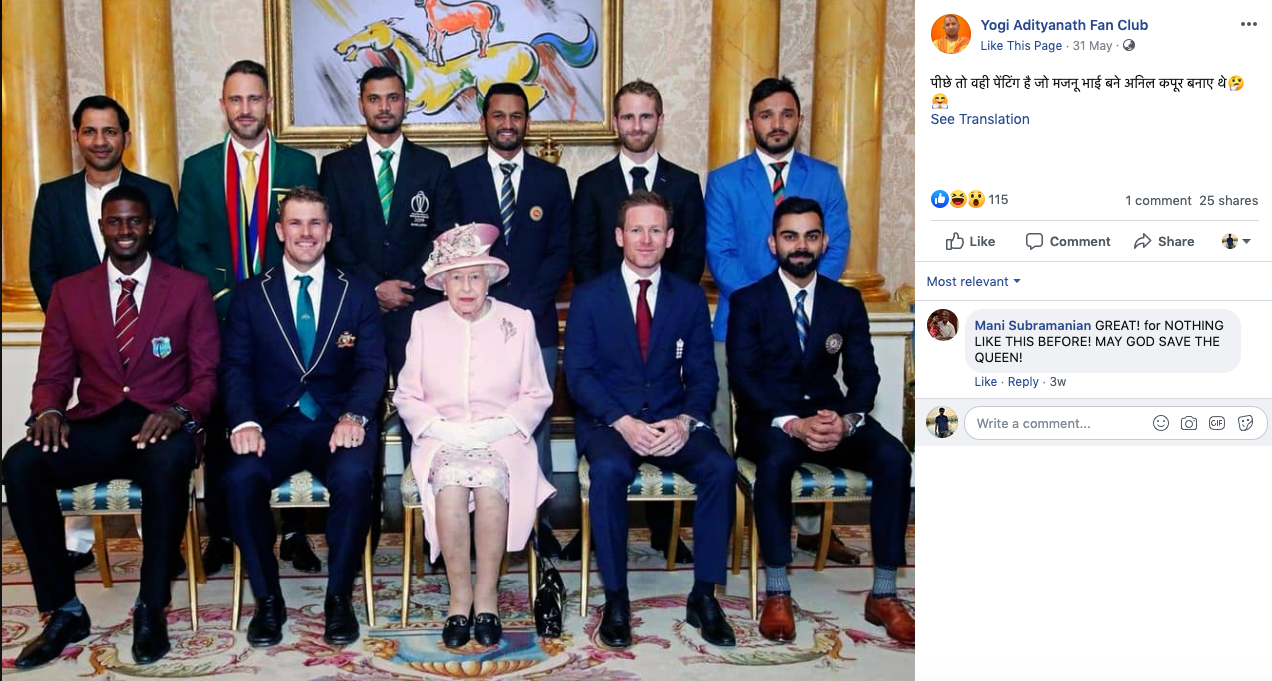 The portrait in the picture is the same picture which was featured in 2007 Akshay Kumar starrer movie ‘Welcome’. 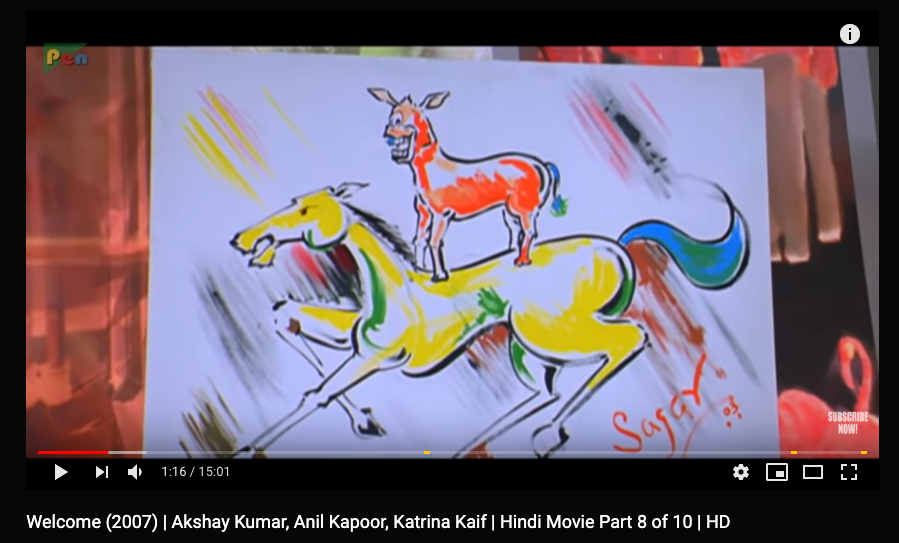 On putting the picture through Reverse Image Search, we came across several pictures of the same gathering on various verified Twitter handles of the royal family and Cricket World Cup.

This afternoon, The Queen and The Duke of Sussex met @cricketworldcup team captains at Buckingham Palace ahead of the start of the tournament tomorrow. pic.twitter.com/9zo05CoFbS 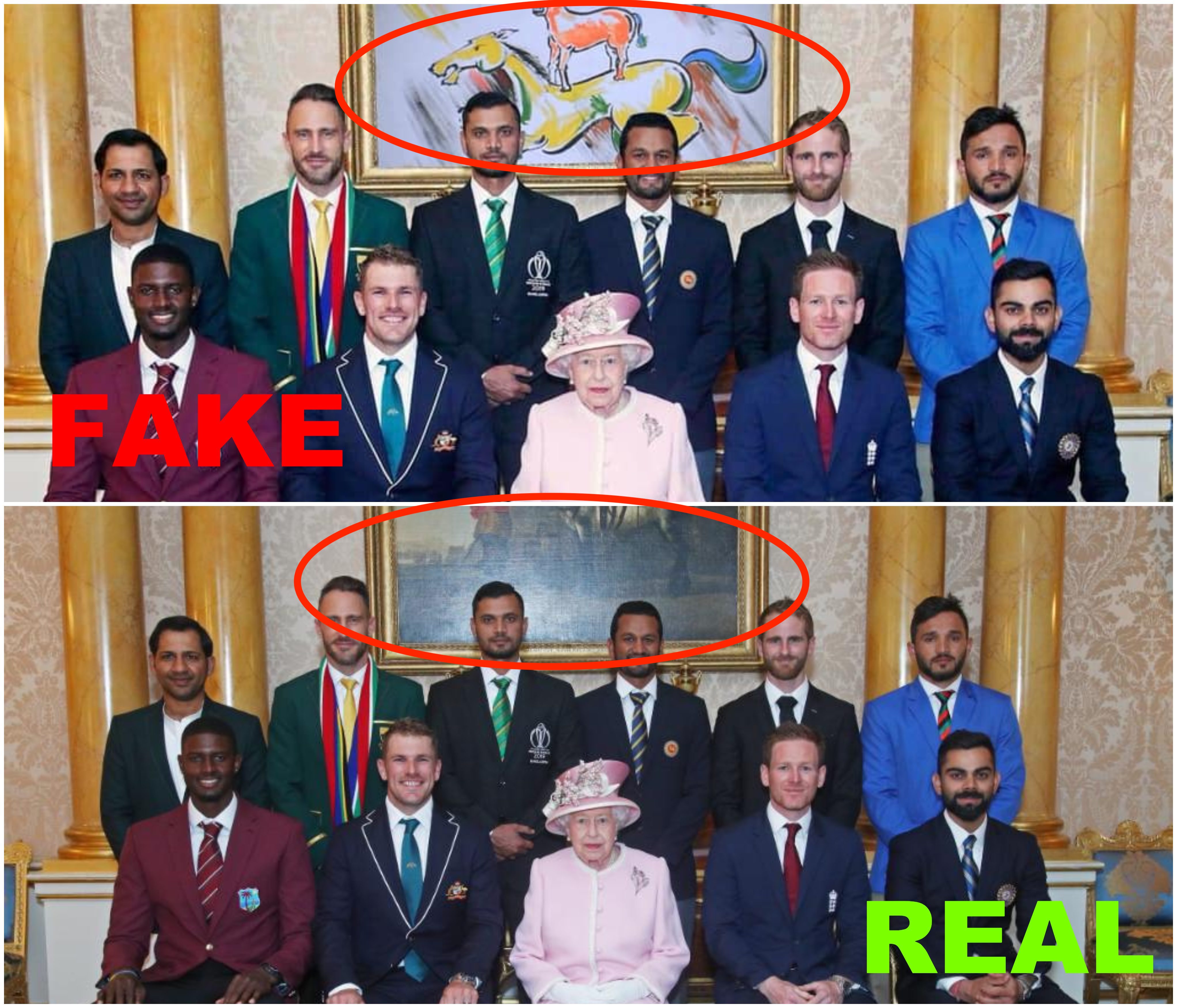 In the above FAKE vs REAL collage we can clearly see that real picture is manipulated and portrait in the background is replaced with the horse picture using photoshop software.