In an all-around performance with bat and ball, Pakistan defeated South Africa by 49 runs in the ongoing Cricket World Cup at the Lord’s Cricket Ground on Sunday.

With this win, Pakistan has maintained their hopes of reaching the semi-finals stages of the World Cup whereas the door for the semi-finals has been closed on South Africa’s face.

Chasing 309, South Africa got off to a bad start as they lost their opener Hashim Amla (2) in the second over. Mohammad Amir had the right-hander plum in front and Amla was adjudged LBW. Quinton de Kock and skipper Faf du Plessis retrieved the innings for South Africa. 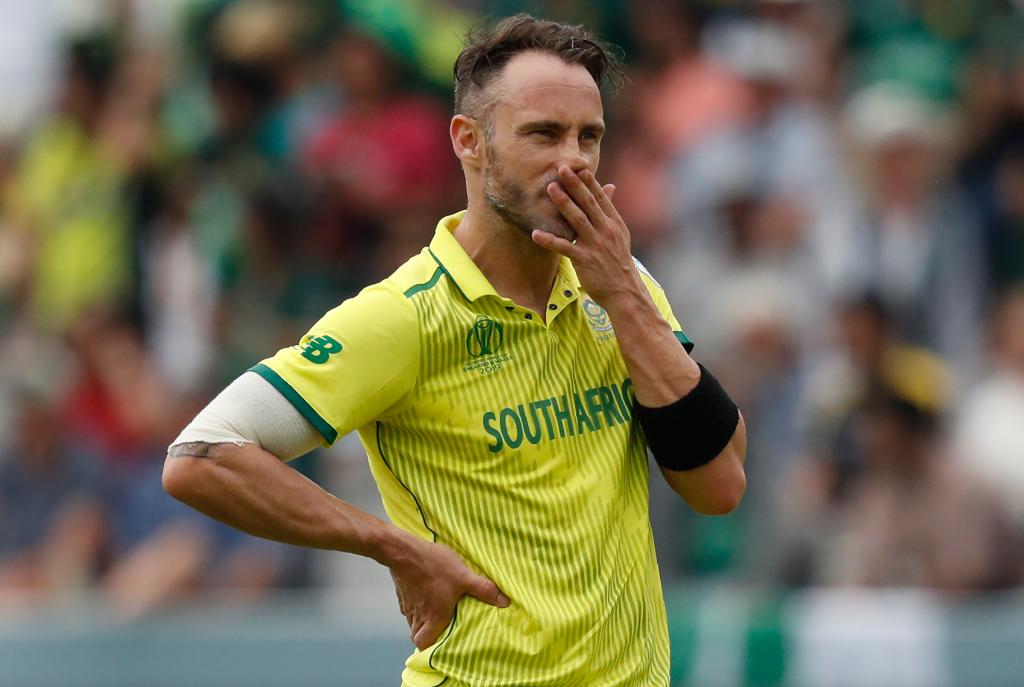 The duo mixed caution with aggression and they stitched together a partnership of 89-runs.

But as soon as South Africa were starting to gain an upper hand in the match, Pakistan got the breakthroughs of de Kock (47) and Aiden Markram (7). Both were dismissed by spinner Shadab Khan, reducing South Africa to 103/3 in the 24th over.

Rassie van der Dussen, came out to bat next and he along with skipper du Plessis, put up a 33-run stand, but Pakistan got the key wicket of Du Plessis (63) in the 30th over.

Amir dismissed him as the South African skipper went for the heave over midwicket, but he managed to only top edge it and Sarfaraz Ahmed latched on to an easy catch.

David Miller and van der Dussen stitched together a partnership of 53 runs to bring South Africa back in the match, but Shadab once again proved the gamechanger as he scalped the key wicket of van der Dussen (36) in the 40th over, with South Africa still requiring 119 runs for the win.

Shaheen Shah Afridi, who came in place of Hassan Ali in the match against South Africa, dismissed David Miller (31) in the 41st over and it proved as the final nail in the coffin. The tailenders failed to do anything substantial and Proteas lost the match by 49 runs. Wahab Riaz and Shadab scalped three wickets each for Pakistan.

Imam-ul-Haq and Fakhar Zaman gave their side a solid start, adding 81 runs for the opening wicket. In the 12th over, Imran Tahir caught Fakhar, on 28, at mid-wicket. However, the Pakistan left-hander survived as the soft signal declared not out.

Tahir finally got rid of Fakhar for 44 in the 14.5 over. Soon after Imam followed his opening batsman back to the pavilion as Tahir caught and bowled him for 44, leaving Pakistan at 98/2. Babar Azam and Mohammad Hafeez tried to continue the set momentum but it short lived as Hafeez (20) got leg-before off Aiden Markram.

Sohail came out to join Babar and the duo stitched an 81-run stand for the fourth wicket. Soon after crossing the 200-run mark, Andile Phehlukwayo got Babar caught at deep extra cover for well-compiled 69. However, Babar found support in Imad Wasim and formed a 71-run partnership.

As Pakistan inched closer to 300-run mark, Lungi Ngidi dismissed Imad for 23. Ngidi returned and clean bowled Wahab Riaz cheaply for four. In the same over, Ngidi got Sohail caught behind for 89. Sohail’s innings saw nine boundaries and three sixes. For South Africa, Ngidi was the pick of the bowlers as he bagged three wickets in his nine overs.

Pakistan will next meet New Zealand on June 26, while South Africa will play against Sri Lanka on June 28.