Home NM FACT CHECKER Fact checked: This bicycle stuck in tree does not belong to a...
ShareTweetGoogleWhatsappPrint
Mail

A picture post is doing rounds on social media in which a bicycle can be seen embedded in a tree trunk.

The text on the picture claims that a boy left if chained to the tree in 1914 when he was leaving for war.

” A boy went to war in 1914 and left his bike chain to a tree. He never came home and family left the bike there as a memorial to the fallen Soldier”

We found out that the tree is situated in Vashon Island, Washington. As per media reports, the bike was gifted to Helen Puz in 1954 from her community after she lost her husband. 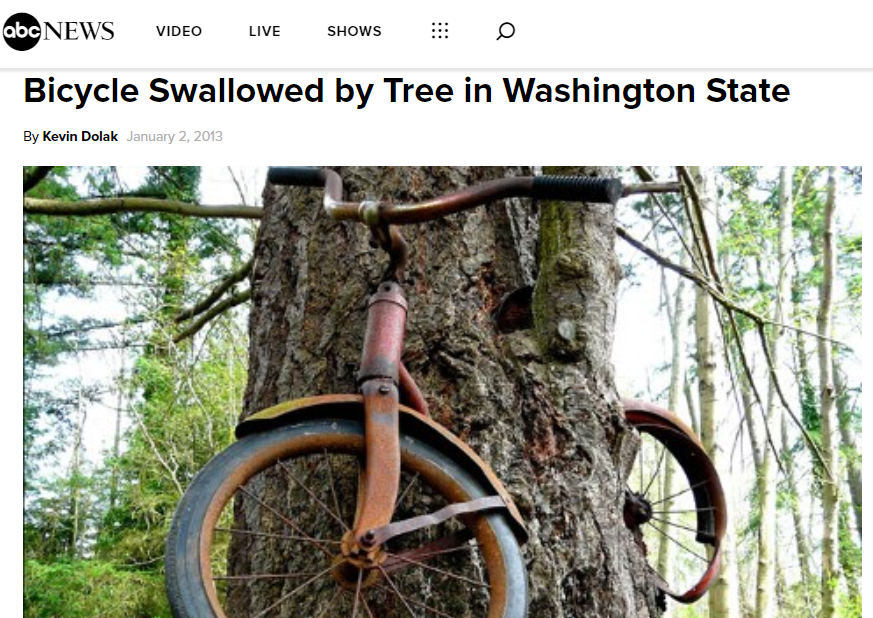 “People were very sympathetic and generous,” Puz reportedly wrote in a document on display at the Vashon-Maury Island Heritage Museum. “We were given a girl’s bike and my 8-year-old son Don seemed the natural one to ride it.”

Don Puz seeming lost that ‘girl’s bike’ one day. However, In 2009,  Helen Puz read in the local newspaper about a bike that had been ‘swallowed up’ in a tree and was now stuck in the trunk.

Here’s a picture of Don from when he visited the place again. The picture is available on his Facebook Profile. 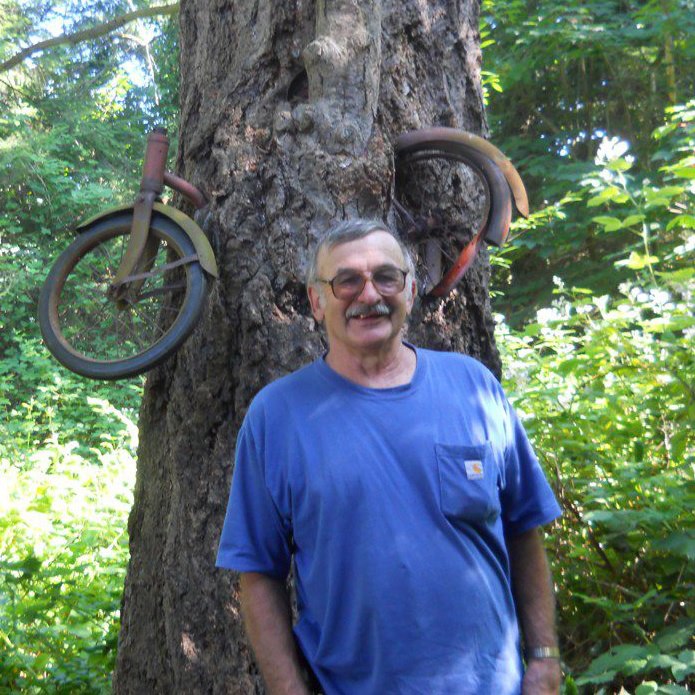 The above information proves that the claim on the post is fake.