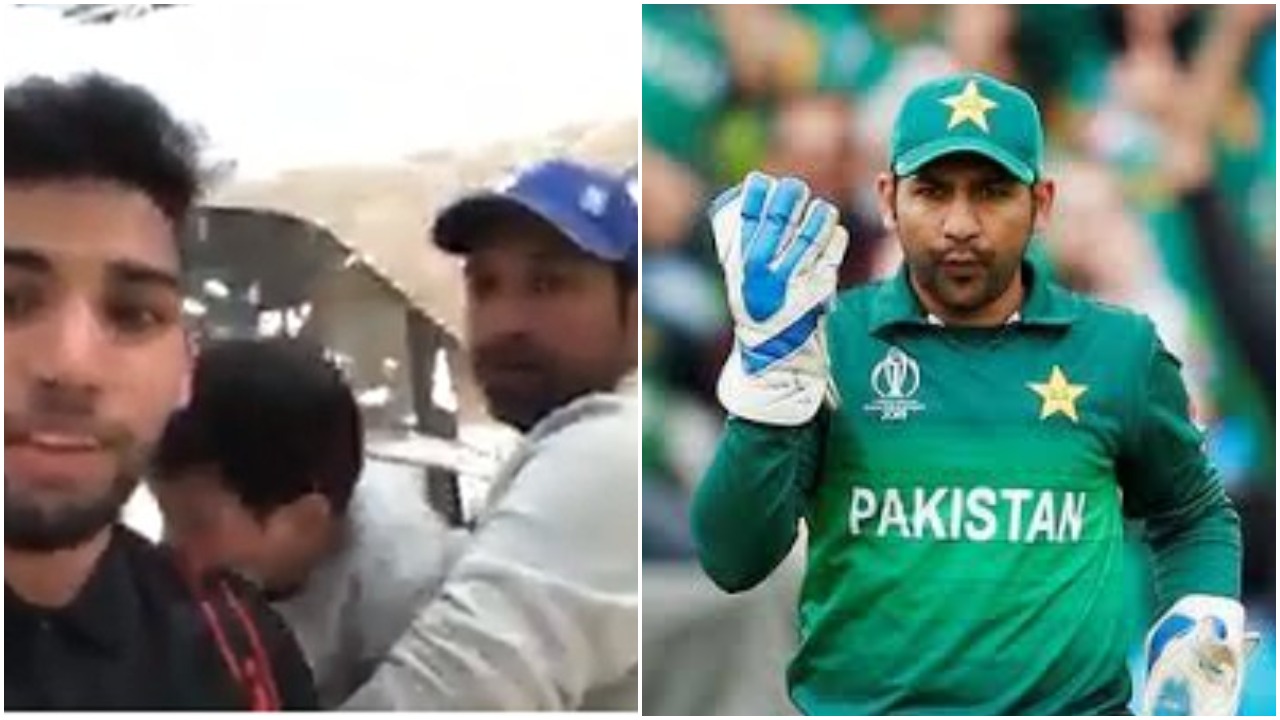 In a video message shared by a Pakistan-based sports reporter Zeeshan Ahmed on Twitter, the fan claimed that he had deleted the video after apologising to Sarfaraz and had no idea that it had gone viral on social media platforms.

Here is his apology! Still he is trying to twist the facts but Chalo maafi to mangi.#SarfrazAhmed #CWC19 #Pakistan #sorrysarfaraz #sorrysarfraz pic.twitter.com/xVWcqY11Ul

“I saw my video when I was there (at the mall) and saying something to Pakistani captain Sarfaraz Ahmed. After I had shot the video, he met me and was annoyed. I apologised him and deleted the video,” the fan said.

“But I genuinely don’t know how the video got uploaded and became viral. I apologise from my side to those who have been offended,” he contended.

The fan claimed that he did not know that the infant which was on Sarfaraz’s lap, was his child.

“Genuinely I never thought that such a thing would happen. I didn’t know that kid was his child. I am extremely sorry,” he said.

In the viral video, the fan could be purportedly seen telling Sarfaraz to shed some kilos as he had gained weight. He also made a derogatory remark on the skipper, calling him a “pig.”

Ever since losing the match against India in the ongoing ICC Men’s Cricket World Cup, the Pakistan cricket team has been facing severe criticism from all quarters.

On June 16, Pakistan lost against arch-rivals India by 89 runs and as a result, it faced severe backlash. The team went on to become the butt of all jokes and many fans criticised players fitness and their training regime.

Several videos had surfaced on the internet after Pakistan lost against India and the fans can be seen dejected with the team’s performance.

India maintained their clean sheet against Pakistan in the World Cup and now the Men in Blue have a 7-0 record against them.

Pakistan has so far won just one match in the ongoing quadrennial event. While they defeated hosts England, they suffered losses at the hands of West Indies, Australia and India.

Pakistan’s fixture against Sri Lanka was washed out and the team are now languishing at the ninth position in the tournament standings with just three points after five games.

Pakistan next takes on South Africa on June 23.