Home Home Slider WATCH: Check out first of its kind Yoga at the United Nations 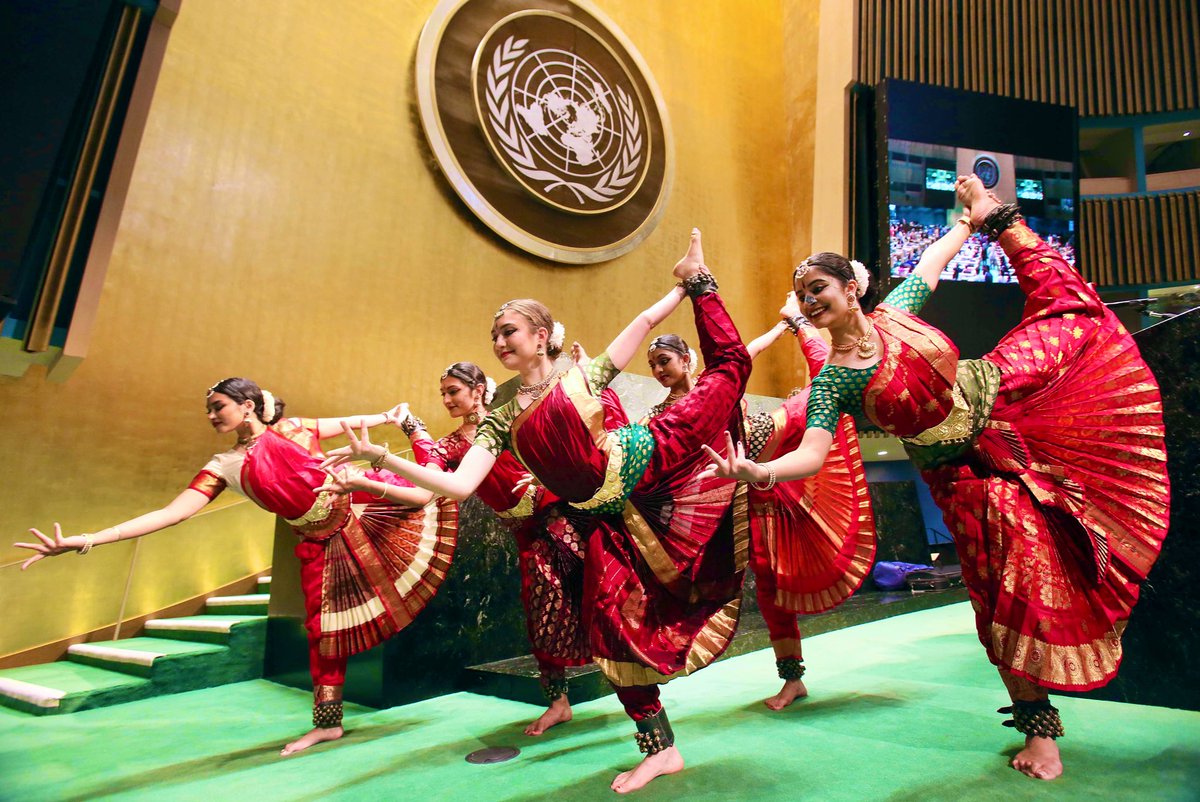 In a first of its kind, members of the United Nations were seen practising different asanas in an indoor Yoga session to celebrate the global event, with chants of ‘Om’ reverberate echoing in the iconic UN General Assembly Hall. The theme of the session was ‘Yoga for climate change’.

Speaking at the event, S Akbaruddin stated that he hopes that the indoor Yoga session, which is a first of its kind will reinforce values of a ‘cleaner, greener and more sustainable’ future.

Prior to this, the United Nations headquarters was lit up with postures of “Surya Namaskar” and the message of “Yoga for Climate Action” as India’s Permanent Mission to the UN kick-started its celebrations for the 5th International Day of Yoga.

On a foggy and rainy evening on Wednesday, yoga postures were projected on the North Facade of the UN Headquarters Building during a special ceremony attended by India’s Permanent Representative to the UN Ambassador Syed Akbaruddin, Deputy Permanent Representative Ambassador K Nagaraj Naidu and diplomats and officials from the Indian mission. The North Facade of the UN Secretariat building was awash with “Surya Namaskar” or “Sun Salutation” postures projected against a colourful background.