According, to the most recent reports death toll in Bihar rises to 128, with 98 deaths recorded in Shri Krishna Medical College and Hospital and 19 in Kejriwal Hospital, Muzaffarpur.

The Supreme Court has agreed to hear a plea over a vacation court seeking a direction to the Centre to immediately constitute a team of medical experts for the children under treatment in Muzaffarpur.

Sunil Kumar Shahi: Not a single child has been put on the floor in PICU. 2-3 children have been put on 1 bed. There are 40 beds in the recovery ward & the number of children is more than that. Out of the 57 children there, 40 will be discharged today. Then situation will improve. pic.twitter.com/lKhQsxKyFL

Installment of 1500 beds in SKMCH under immediate notice, and a notice to build a ‘dharmshala’ for the relatives and family of the victim was also issued. 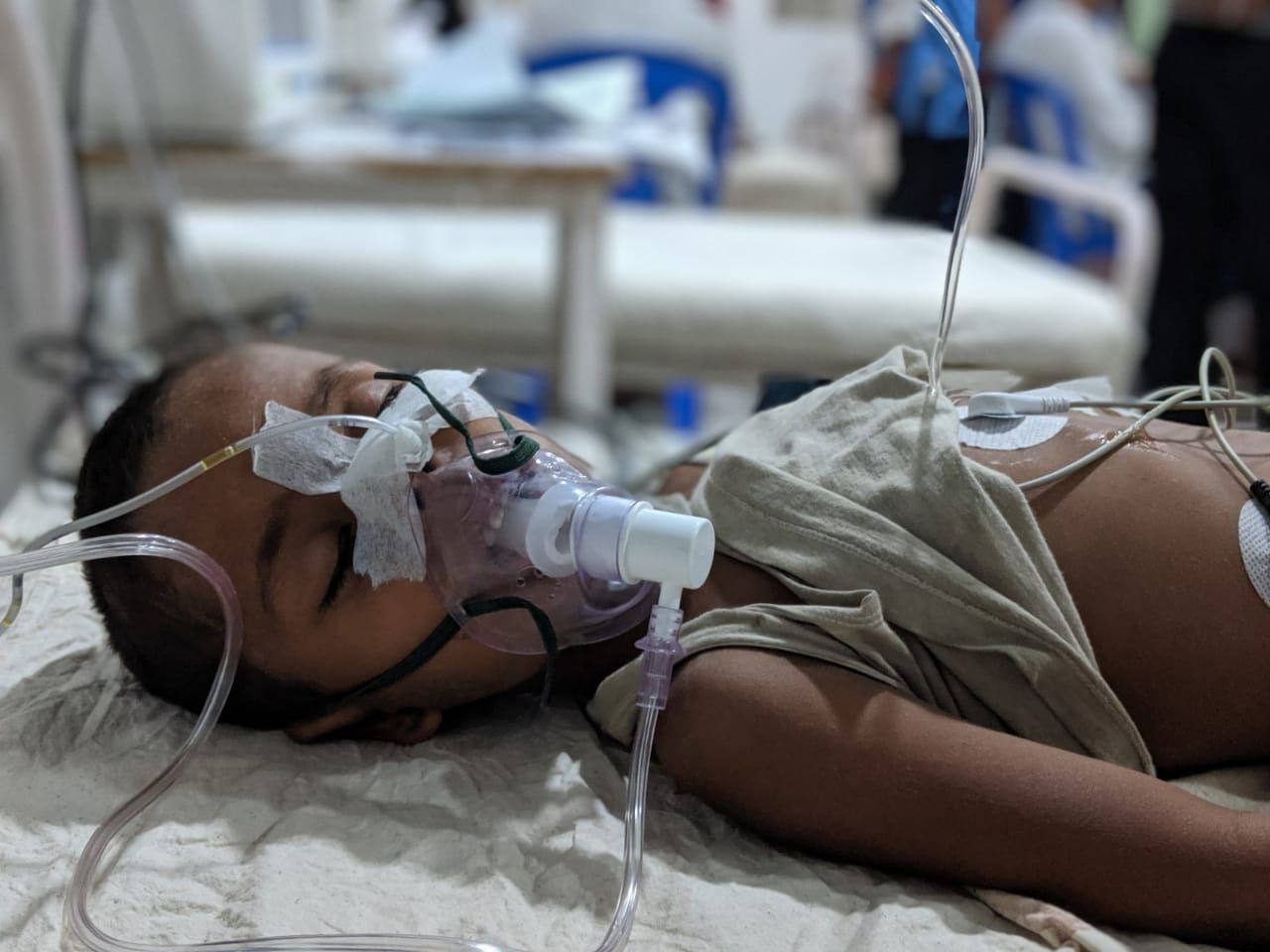 More than 100 children died in the northern region of Bihar in less than a month, allegedly struck by Acute Encephalitis Syndrome (AES), which is locally known as Chamki bukhar (brain fever).

In Muzaffarpur, unofficial records state that more than 296 cases of suspected AES were received at Shri Krishna Medical College and Hospital (SKMCH) and at Kejriwal Hospital (Private) from June 1, 2019. According to Medical officials, high temperature along with humidity more than the normal, is considered an ideal for the outbreak; symptoms for AES include unconsciousness, high fever, vomiting, and nausea.

The  Union Minister of State for Health and Family Welfare Ashwani Kumar Choubey said “since state government officials were engaged in election-related works in the recent past months they could not make the awareness drive as it should have been…we’re careful and taking all measures to tackle the situation of death of children in Muzaffarpur”.

The Lancet Global Health, conducted a survey after recorded deaths by AES in 2014, making a link between litchi consumption and encephalitis deaths. The state in the last decade has kept a track record of more than 400 deaths by suspected AES, that “generally hits those children who go to sleep empty stomach at night and eat litchis fallen on the ground” according to Nitish Kumar, the Chief Minister of Bihar.

Union Health Minister, Harsh Vardhan  had visited the Sri Krishna Medical College and Hospital (SKMCH) in Muzaffarpur on Sunday, June 16, 2019 where most children have died in the last two weeks. He also witnessed the death of a five year old girl during his round in the hospital, and the kin of the deceased child confronted the three ministers on round. Further, in a statement he spoke to the media saying, “The doctors here at the hospital are doing their best under such a difficult situation in treating the children. A multi-disciplinary institute will be set up here in the next one year to identify the reason behind this disease,”. Minister Vardhan, on his return from Muzaffarpur to Patna faced protests and balck flags were waved at him. The Jan Adhikar Party (JAP) waved black flags at him, when in landed in Patna.

The death toll rises by the minute as Bihar hustles with medical practitioners to find the right antidote for the suspected AES, that had recorded the highest number of deaths in the epidemic of 2012.

Several medical practitioners are working on the case to decipher the cause of the rising deaths. Experts from the National Centre for Disease Control (NCDC), New Delhi and the Center for Disease Control (CDC), Atlanta (USA), working in Muzzaffarpur over the issue have placed two theories for the cause of the epidemic:one, caused by heat stroke, and two, caused by a toxin in locally-grown fruit, litchi. Yet,  Dr Gopal Shankar, the acting HOD of the SKMCH, in an interview with News18 discredited the theory of a virus associated with the litchi fruit, and instead claimed that the deaths were caused due to “environmental factors”, like the rising heat wave and poor rainfall in the area.

The United Nations Human Rights Commission (NHRC) on Monday, June 17, 2019 sent a notice to the Bihar Health ministry regarding the increasing deaths of children in Muzaffarpur. Further,The NHRC has taken note that epidemic is a case of human rights violations of the victim children and their families.

The families of the young victims staged protests in the city demanding, Chief Minister Nitish Kumar and his Government, to explain their irresponsibility in the lack of medical assistance provided to the ailing children.