A picture of a woman Indian Air Force pilot is doing rounds on social media claiming that her name is Anita Sharma and she killed 300 terrorists across the LOC in Pakistan. 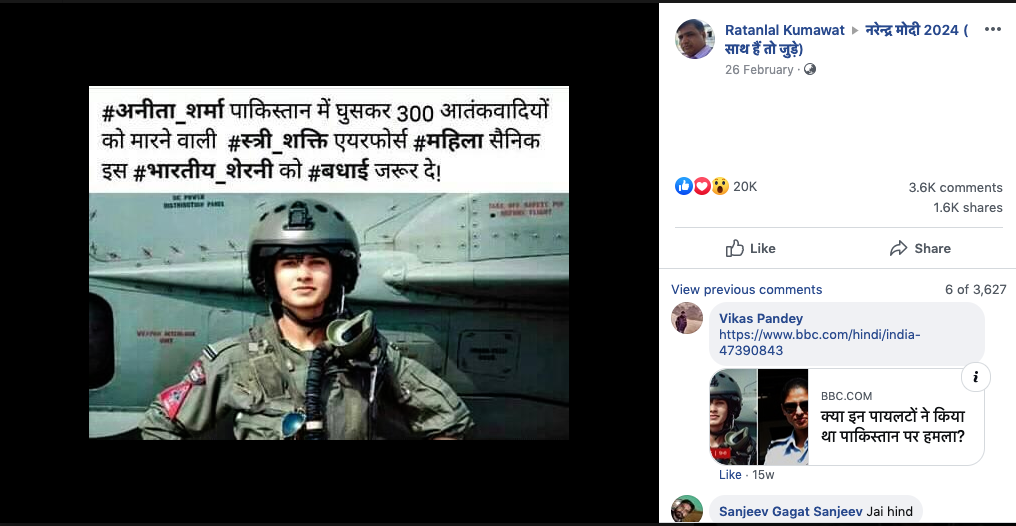 At the time of filing this report, the above post, dated February 26th, 2019, when India carried out Air Strikes on Pakistan after deadly Pulwama attacks, was shared by over 1,600 Facebook users.

ALSO READ: Fact Checked: Here’s the truth behind Bose’s version of the National…

On putting the picture through Reverse Image Search, firstly we found that the woman in the picture is NOT Anita Sharma. She is Avani Chaturvedi who was the first woman to be inducted in IAF’s fighter squadron. She flew a MiG-21 fighter solo in 2018.

Moreover, the Air Force or the government has not yet released the names of the pilots who were part of the Balakot Airstrikes.