Salman Khan is not only known for his good looks but also his great body. He was one of the first actors to start the trend of fitness in Bollywood and would not shy away from going shirtless in his films.

Recently, the actor has been sharing videos of his deadly workout routine and also shared a hot picture of his sculpted body. The caption read, “Woh mere peche wire kis cheez ka hai . . Can u guess pls?”

The fans went all ga-ga over this picture and appreciated the actor for his hard work. 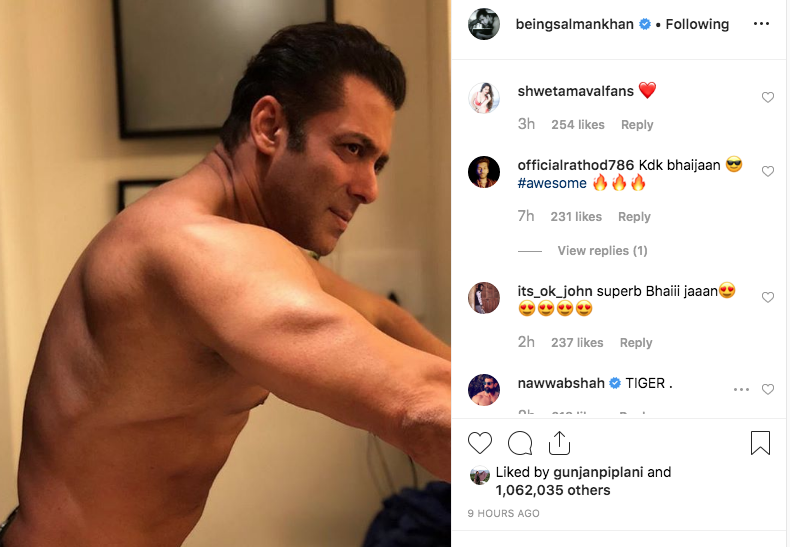 ALSO READ: Hrithik Roshan celebrates 15 years of ‘Lakshya’, says it resonated with his ‘phase of…

He also posted a kickass video of himself and stressed upon how flexibility is also as important as being strong.

It’s not only about being strong but being flexible too . . Being strong equipment now installed in over 100 gyms in last 2 months @beingstrongindia @jeraifitnessindia

After experiencing the highs and lows my security has finally realised how secure they are wid me .. ha ha

Meanwhile, on the work front, Salman was last seen in ‘Bharat’ which already broke several records and received love from the audience.

The actor will be next seen in ‘Dabangg 3’ also Sonakshi Sinha and the film is slated to release in December. Salman has also signed Sanjay Leela Bhansali’s ‘Inshallah’ which features Alia Bhatt as the female lead. The film will release on Eid 2020.