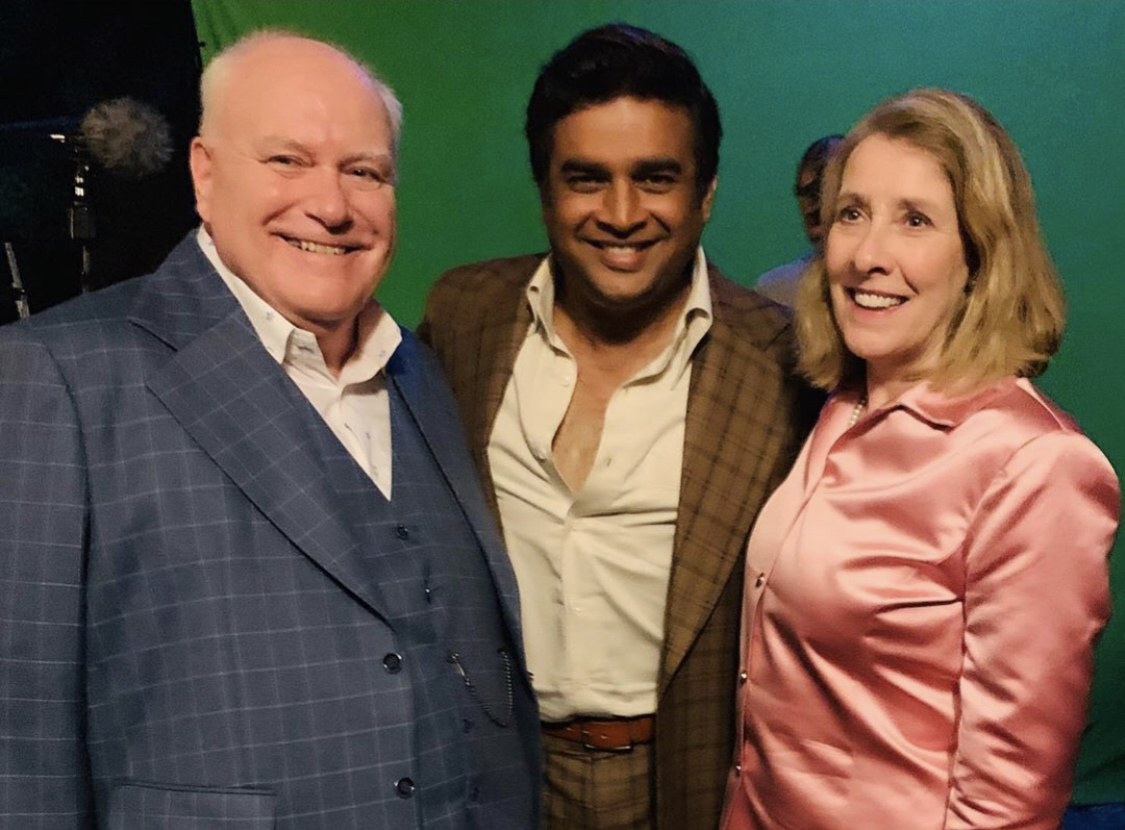 R. Madhavan had us all drooling over his dimpled smile from the moment he hit the big screen.

The ‘Tanu Weds Manu’ actor was last seen in the movie ‘Zero’ along with Shah Rukh Khan. However, right now he is all set to star in his next venture ‘Rocketry: the Nambi Effect’.

The actor on Tuesday, took to social media to announce the cast of the film.
He shared a picture with Scottish actors Ron Donachie and Phyllis Logan, who are also a part of his upcoming film.

Ron Donachie, is known for his character, Ser Rodrik Cassel in the ‘Game Of Thrones’ series while Logan took to fame for her role in the British drama series ‘Downton Abbey’.

Showing his excitement and gratitude, he wrote “#Rocketrythefilm .With the incredible Ron Donachie (Sir Roderick from #GOT) and the charming Phyllis Logan (Mrs Hughes from Downtown Abby). What a wealth of experience and honor it has been to have you part of this film. Thank you from the bottom of our hearts”. 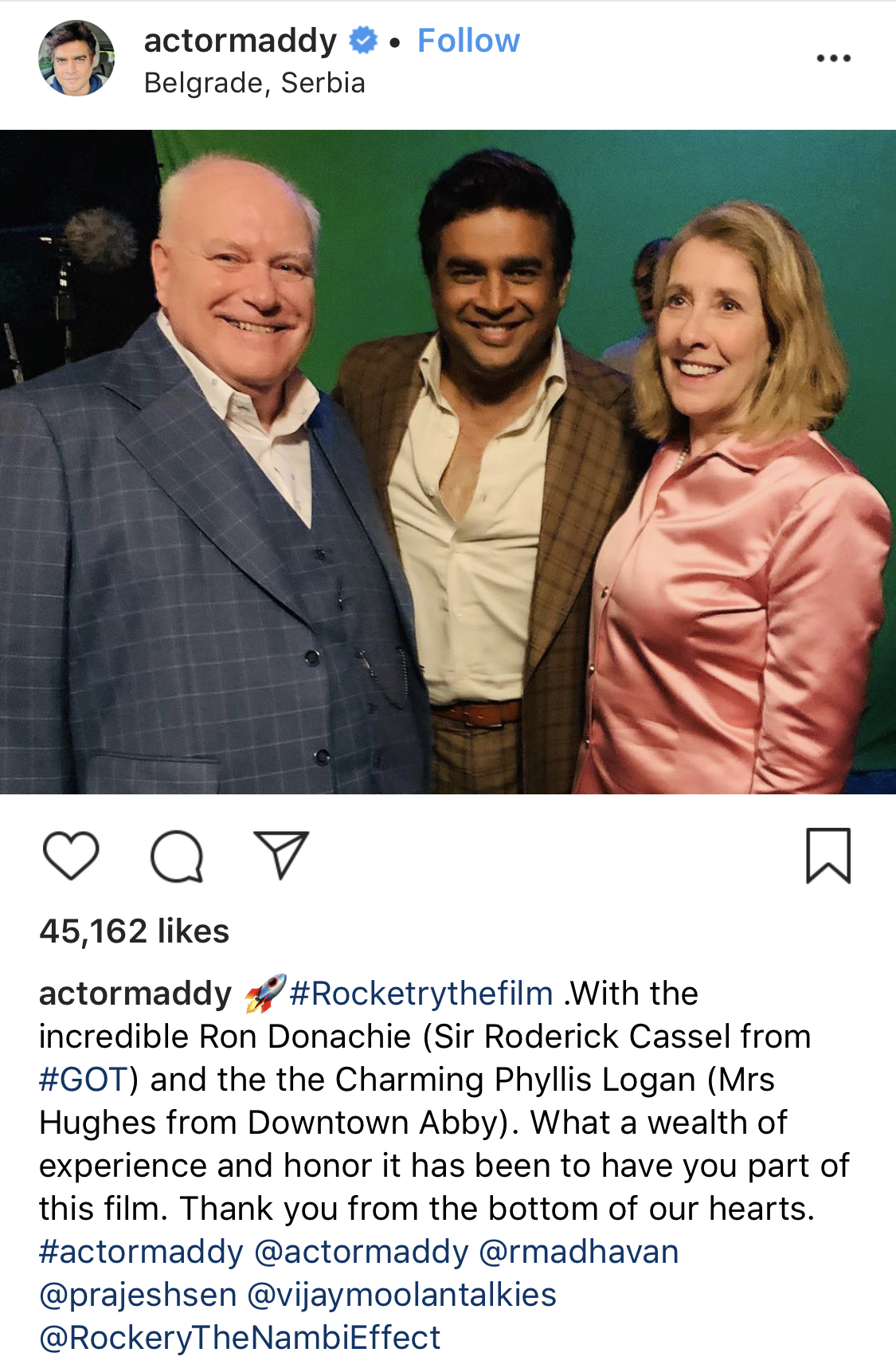 Madhavan is all set to wear many hats in this film. He is the actor, director, writer and producer of the film.

The story of the film, ‘Rocketry: The Nambi Effect’ will revolve around the life and achievements of scientist Narayanan.

It deals with his struggles, as he was falsely accused of being a spy. He was arrested in 1994 and how he fights against those who falsely framed him, forms the crux of the story.

There is no confirmation as to when the shooting will start but fans are eagerly awaiting the movie.